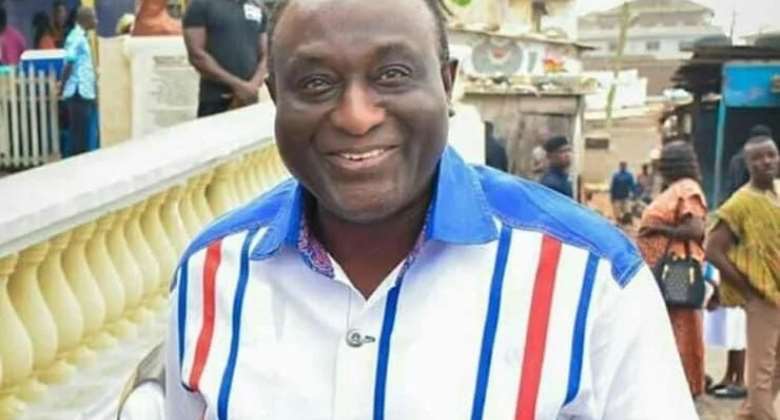 The gesture is in support of a project to construct an ultramodern office complex to serve as the Bono Regional Secretariat of the Party.

The committee is chaired by First Vice Chair of the NPP in the Bono Region Joesph Mensah.

However, even before construction works begin, Alan John Kwadwo Kyerematen demonstrated leadership by advancing some 1,000 bags of cement for predatory works with a pledge to work hand in hand with the regional executives to build the party structure.

This latest gesture is similar to the initiative taken by the government appointee early this year in aid of the Volta Regional Secretariat project which will also see the construction of a facility to serve as the regional Centre for the party in that part of the country.

The donation was presented by Daniel Agyei Sarpong, Political Assistant to the Minister.

When asked on the sidelines of the event by the media as to why Mr. Kyerematen was expending personal cash on the project, Daniel Agyei Sarpong ( aka Nana Yaw Sarpong) responded by saying that the move is characteristic of the donor.

He added that the good deeds of ‘Alan Cash’ dates back to the early 1990’s when through his instrumentality and mobilization efforts, the Young Executive Forum-a youth group he formed, helped to purchase the NPP’s first landed property to serve as the headquarters at Kokomlemle in Accra.

Meanwhile General Secretary of the NPP, John Boadu, on Friday, October 8, 2021, cut sod for the construction to begin in Sunyani where he commended the Regional Party, led by the Regional Chairman, Kwame Baffoe ‘Abronye’, for taking up this initiative of getting a permanent party secretariat for the regional party, and securing a land for this purpose.

Other donations in support of the project were received from the Party’s Parliamentary caucus in the Bono Region, through its chairperson and MP for Sunyani East, Hon Kwasi Ameyaw-Cheremeh, as well as the Regional Minister, Hon Justina Awo-Banahene and MMDCEs from the Bono Region.

Akufo-Addo angry, dissatisfied over slow pace of work on Bol...
55 minutes ago