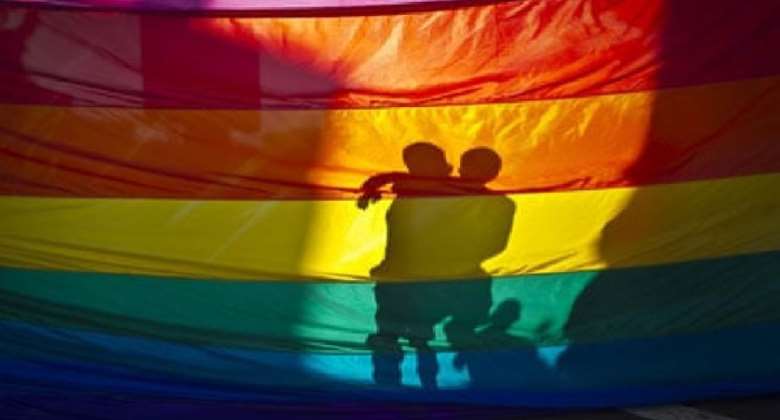 Following this year’s brouhaha over the closure of the LGBTQ office in Accra, matters are yet to settle on the issue as new trends emerge from what we thought had gone to sleep for good. This has come about as a result of some legislators’ intention to lay a private bill in parliament to criminalize the practice of homosexuals.

MP for Ningo Prampram, Honorable Sam George, had particular be vociferous about the issue. They intend to lay a bill in parliament that seeks to promote proper Ghanaian family values. Though the bill is still in its drafting stage, debate on criminalizing LGBTQ or allowing it to thrive on human rights had surfaced and there is a clear dichotomy between those who support and oppose it. Hosts of Ghanaians including The Church and their clergymen had vehemently raised eyebrows over and sent a strong warning to whoever wants to support what they described as ‘abomination’ and awful sin against God. Few learned men made up of astute lawyers and knowledgeable renowned individuals led by Lawyer Akoto Ampaw had submitted a memo to parliament insisting that the bill when passed could infringe on the freedom of certain individuals and thus contravenes certain provisions in the constitution. Others have opined the same looking at the whole issue from the point of human rights as every individual must be allowed to exercise his or her human rights without restriction especially when their activities do not readily submit the society to any form of danger.

The argument for the Anti-LGBTQ Bill had been on moral grounds rather than law and when passed will be known as ‘promotion of proper human sexual rights and Ghanaian family values bill, 2021’. They insist Ghana has got family values that need to be protected. Though the bill intends to sanitize our society morally, it falls short of what it intends to achieve. Without even interrogating the details of the bill, the naming of the bill itself becomes very defeatist in itself. One, limiting Ghanaian family value promotion to only fighting LGBTQ becomes highly incongruous. What is even fascinating about the bill is the aspect that talked about proper human sexual rights? Who can guarantee proper human sexual rights? Who is going to ensure that people in their closest adhere to proper sexual rights? Ensuring that our society is free from immoral activities is good but immorality can never be the subject of only an aspect of behaviour. It is important to draw the attention of the legislators and the church in particular that, there are myriads of immoral stench in the society that need laws to curb to help promote proper Ghanaian family values as well. The street is full of prostitutes, online sex traders, adulterers, fornicators, drug traffickers, charm chasers and other hosts of fascinating immoral behaviours. Some of this behaviour put society into a more dent situation than what they want to fight now. One cannot promote Ghanaian family values and overlook these important decaying aspects of society. Singling out the fight against people who associate with LGBTQ means that the bill has targeted a certain group of individuals they deem either unfit to live as human beings or among society. It becomes highly unacceptable to champion a bill that intends to show the way to how one can properly adhere to proper sexual rights. Sam George and the rest can fight LGBTQ groups without a ‘Hate Bill’ but rather continuous advocacy of how dangerous the practice could destroy life or undermine self-value.

The haste in which these legislators want to project this so-called bill becomes highly problematic even at the surface of the matter. Akoto Ampaw and co do not even need to refer to the constitution or whatsoever, common sense can easily cure the mischief these MPs want to perpetrate. We need a society free of immoral behaviour but we cannot altogether do away with immorality. Using laws to control immorality is like wanting to clean the beach out of plastic wastes. We must be careful as a country the manner in which we direct our laws to target a certain minority group and subject them to criminality for no crime whatsoever but rather because of immoral behaviour: very incongruous. This is highly untenable when it is about Ghana and especially about our family values targeted at LGBTQ human beings. Have we thought of criminalizing fornication, adultery, oral sex, anal sex etc because they are not part of Ghanain culture or family values? We must allow for a liberal society. To the clergymen, who are on fire to support the Anti-LGBTQ law, they must understand that the law of Christ is not a law of incrimination but the law of invitation for self-worth for those He (Christ) deem astray.

'Men should admit failure in leadership and pass on the mant...
36 minutes ago

There're several people in NPP, try them as well — Dr Amoako...
55 minutes ago