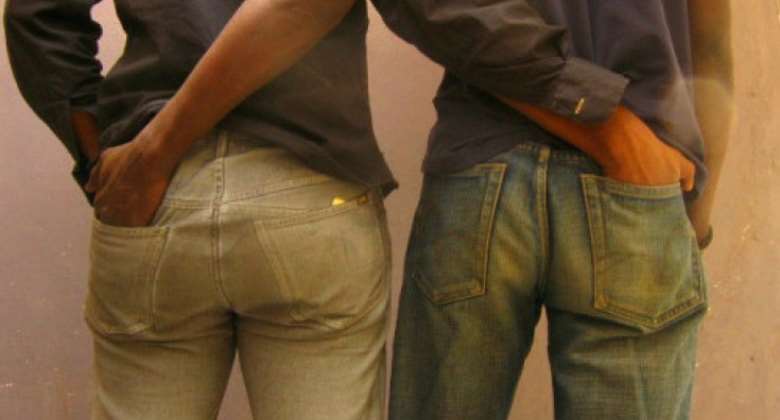 Social commentator Akwasi Adoma Jr has revealed that he is forced, as a parent, to inspect the bottoms of his children anytime they return home from school due to the rampant LGBTQI+ activities in the country.

Mr Adoma Jr told the Accra100.5FM’s morning show (Ghana Yensom) on Monday, 11 October 2021, that the LGBTQI+ activities in Ghana are becoming alarming, thus, his vigilance on his children.

He made the comment while discussing Ningo Prampram MP Sam George’s recent interview on CNN about the raging debate on criminalising same-sex activities in Ghana.

The main opposition National Democratic Congress lawmaker has been the lead advocate in the quest to criminalising LEGBTQI+ activities through a private members’ bill which is currently before the Ghanaian parliament.

The bill prescribes harsh custodial punishment for the LGBTQI+ community.

Mr George, during the interview, told CNN host Larry Madowo that his suggestion that the bill was a reflection of hate for LGBTQI+ persons in Ghana, was unacceptable.

While commending the lawmaker’s strong convictions on the matter, Mr Adoma Jr said he does not leave anything to chance as far as his children are concerned due to the flurry of LGBTQI+ activities flooding the country.

He, thus, as a parent, routinely inspects his children’s backsides to satisfy himself that they are not being abused and corrupted by the promoters of LGBTQI+.

He further said he wants to be sure no one is playing with his children’s bottoms since, according to him, the promoters of LGBTQI+ have invaded the schools.

“We are not in normal times to let down our guard, especially with social media around”, he explained to Ghana Yensom host Kwame Appiah Kubi (Mr Speaker)

He commended the NDC MP and the Omanhene of Dormaa Traditional Area in the Bono Region, Osabrima Agyemang Badu, for their support for the criminalisation of same-sex activities in the country.

Akufo-Addo angry, dissatisfied over slow pace of work on Bol...
49 minutes ago