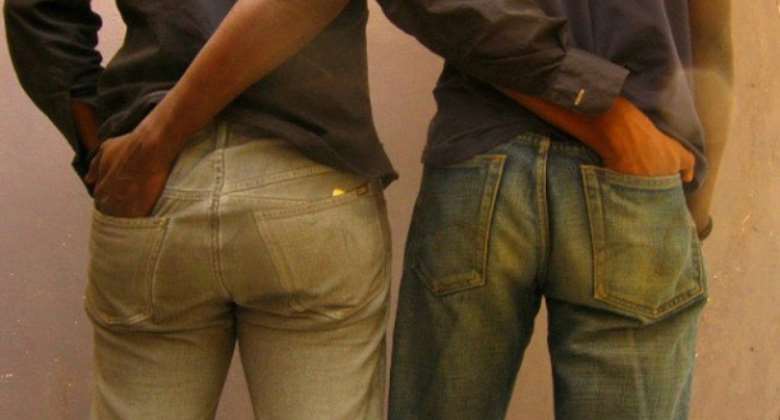 The Humanist Association of Ghana, a pressure group promoting the rights of the gay community in Ghana, has asked Parliament to suspend the anti-LGBTQ+ bill currently before the house.

The group said the anti-LGBTQ+ which seeks to criminalise such a spectrum of sexuality will put the lives of persons believed to be gays and lesbians at risk.

“Already, there is violence meted out to persons who exhibit LGBTQI+ traits”, the group explained.

The group insists that if the bill is passed, there will be no protection for the gay community in Ghana.

The Organising Secretary of the association, Angela Adatsi, told the host of Accra100.5FM’s morning show (Ghana Yensom), Kwame Appiah Kubi, that the bill will not serve the interest of the minority gay community in the country.

“I wonder why Ghanaians do not want persons who are gay to exhibit their LGBTQI+ traits but are quick to travel to the United States of America (USA) for luxury and education.

"Ghanaians are quick to travel and live in the USA, the country where LGBTQI+ traits are openly exhibited and manifested, she argued.

"Many Ghanaians, including pastors, send their children to the USA for education and other purposes but are quick to frown on LGBTQI+ prevalence in the country," she wondered.

Miss Adatsi argued that the claim that Ghanaian culture frowns on LGBTQI+ was wrong, adding that some cultures in Ghana, particularly in the Nzema area in the Western-North Region, accept gay marriages.

“Ghana has different ethnic groups with different cultures, it is not a one-size-fits-all situation when it comes to culture”, she stressed.

“As a group, we don’t believe our activities have a severe impact on the Ghanaian society, adding that the Ghana AIDS Commission’s (GAC) report that lesbian and gay activities are impacting the prevalence of the disease negatively cannot be trusted”.

She negated the GAC report by saying that the same report says all gay activities are done in secret in the country.

“So, how did the commission come by its report on the activities that are not done in the open”, she asked.

She said: “As members of the gay community, we encourage condom use, adding that contraception use is not only for heterosexuals in the country”.

'Men should admit failure in leadership and pass on the mant...
42 minutes ago