How do the unemployed Ghanaians survive in the country? 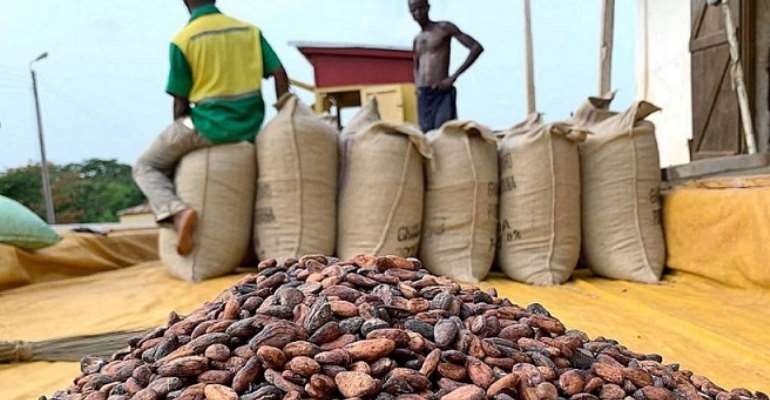 Ghana's cocoa industry is the best source for job creation but many are unemployed. Photo credit: Ghana media

It is no secret Ghana is rich in natural, land, and human resources, however, the majority of the people live in poverty, and hunger, therefore, it is worth asking, why are these leaders despite their economic potential?

The unemployment rate in Ghana is very high, yet the accurate figure is never given. The government pretends everything is in the right direction, however, you will be shocked to know how many Ghanaians that are either out of jobs or looking for jobs for a very long time.

It’s hard a explain why a country that has huge deposits of minerals, including gold, bauxite, manganese, diamonds, timber, and many other useful resources has to be in such a position.

Yet it seems many are happy with it because everything is political. If someone criticizes the situation, people get offended because it's a political party issue.

Not Ghana alone, African countries such as Nigeria, Namibia, Botswana, Zimbabwe, Zambia, and others are ranked the world top producers of precious metals, oil, and gas, yet the living conditions of their nationals are horrible.

Agriculture plays a significant role in the economy of the vast majority of African countries, yet bad roads prevent tons of agricultural products to be on the markets for consumers. The ministers appointed to manage ministerial posts are numerous than required yet their development is slow like a snail.

Every Ghanaian wants development in the country because that’s what gives employment. The only way to achieve this is good leadership. This is one of the reasons I have expressed my disappointments several times since Nana Akufo Addo abandoned those uncompleted projects by the former government.

We don’t have to say that probably Mahama did that, so it’s tit for tat, not at all, Nana Akufo Addo would have gained more popularity and respect if he had taken a bold decision to take over those completed projects.

It takes years to build a project, therefore, whether the NPP has Agenda 111 or Plan 160 degrees, there are other projects that need to be completed to serve the population. This is my opinion, even though many will not agree with me.

However, I will remind everyone that in America, if the Democrats abandoned projects left by the Republicans, that country wouldn’t be so beautiful for Ghanaian politicians to go there for holidays and medical treatment.

At times, I wonder how the unemployed manage their lives in Ghana because, in Europe and America, you can't survive without work. We must put political issues aside and together solve the problems in our dear Ghana.