with apologies to Fela Kuti
By Cameron Duodu
Feature Article 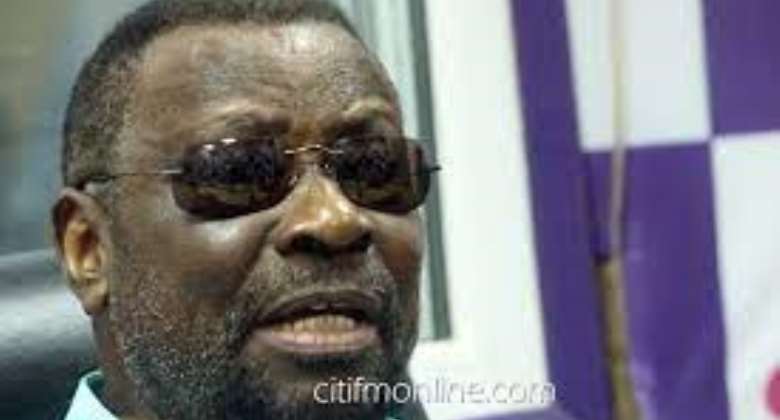 I am often asked what it was like to work in a newsroom at the time I began my journalistic career in 1956.

The truth is that there was no dedicated “newsroom” in the workplace where I started. “New Nation”, the monthly magazine on which I became a “cub” reporter in September 1956, was based in an office “borrowed” from the Presbyterian Mission Printers, near Ussher Fort Prison, in Accra. We were all crammed into a single room, about 30 feet wide and 40 feet long!

My editor was an Englishman called Peter Barker; we worked under a General Manager/Publisher called David Smithers. Helping Mr Barker with the editorial material was a quiet, elderly man called J E Edu. Because he was so quiet, I thought he was aloof and hesitated to engage him in conversation. And he never volunteered information to me about what he was writing. Nor did he ever ask me what I was writing about. He just sat at his desk, looking benign and friendly. But as regards help with work – I was quite alone!

So, it was Mr Barker, the foreigner, who taught me everything: what subjects he agreed I should write about; whom to telephone, where, for interviews; where to get photographs to illustrate my stories. And most important of all, whento submit my finished work to him!

Not that I feared my white boss, Mr Peter Barker. I had been “employed” before, as the “car boy”, of another Englishman, Major George Watson, an “Agricultural Survey Officer” (A.S.O.) stationed at my home-town, Asiakwa, charged with rooting out the swollen shoot disease that was destroying our cocoa farms.

The driver of his private car, a brand new Vanguard Saloon, had been a friend of mine called Kwabena Ohemeng. Ohemeng had spent some years as a taxi driver in Accra, and dressed very sharply as a result, and we, the young boys of Asiakwa held him in awe. He somehow persuaded Mr Watson to take me on as his “car boy”, to be given any “dash” Major Watson felt like giving me at the end of the month. In addition to washing the Watson car, I also watered the flowers in the “garden” of his bungalow.

I enjoyed keeping Ohemeng company during the long hours Watson spent visiting other white Agricultural Officers in the district. I always sat in the “owner's seat” (the luxurious rear seats of the Vanguard) while the ASO sat in the front with Ohemeng. The leather seats of the car smelt wonderful, and I have always adored leather seats ever since!

Mr Barker in the NewNation office was firm in his opinions regarding what I should do, but he made up for that by smilingv a lot. I began to enjoy working with him. But my writing habits irritated him – because I used to spend a long time on the opening section of every article I wrote!!

I had had it drilled into me by a very good English Language teacher, Mr E C E Asiamah (who gave me lessons at Asiakwa, in classes organised by the People's Educational Association ((PEA) under a programme run by the University of Ghana's Extra-Mural Studies Department) that once your opening paragraphs were “electric” or “arresting”, your reader would be “hooked” and would read you to the end.

Mr Barker, of course, wanted me to hand in my articles at times hehad scheduled, so that he could dispense with editing them and carry on with other work he had planned beforehand. But every time he looked over my shoulder, I was usually at Page One! He pressed me hard to spend less time on the opening, and to finish my articles more speedily. We battled over this but I won the day – because I did manage to write striking articles and he came to appreciate the fact that an untrained person had taken to journalism so easily.

The PEA lecturer-genius who had taught me how to write, Mr Asiamah, taught English at the Akyem Abuakwa State College, at nearby Kyebi. He had so much confidence in me that he advised me to reject an offer I'd obtained, as a pupil teacher, to go to a teacher's training college for four years, to be trained as a Certificate “A” teacher. He rather gave me the address of a correspondence course institution called the “Rapid Results College” in London, and urged me to subscribe to a course of five subjects within the syllabus of the “O” Level London University General Certificate of Education (GCE) examination.

One needed to enter six subjects for the GCE and I asked him, “What about the 6thsubject?” He said to me, with all the confidence in the world, “That will be easy for someone like you. Take Twi”!

I did. And after 15 months of study, he told me I was ready to sit the GCE O Level exam. It sounded crazy: As a pupil teacher, I'd only been studying part-time for the exam”!

And yet Mr Asiamah wanted me to enter and sit it in 15months, while full-time secondary school students took five years to get a similar qualification? His confidence in me became a huge challenge to me, and I decided to enter the exam ,as he had advised.

But meanwhile, I was sacked from my job as a Pupil Teacher! The Headmaster of my school, Mr Sam Aboagye, told me that if I didn't want to go to the Teacher Training College, then I should vacate my job for someone else who was interested in trying to go to a training College.

In desperation, I went to my beloved grand-mother, Nana Afia Korang. She loved me to bits, and seeing how desperate I was, she did an unbelievable thing: she went to our chief, who was her oware[a traditional game] opponent, and asked him for the money!

The chief kindly obliged, and I was able to enter the exam – just before the “closing date expired.” I entered the required six subjects, around March 1956, and sat the exam in June of the same year. To obtain a pass in the GCE, one needed to conquer four of the six subjects offered. I expected to fail in my sixth subject, Latin, for I largely ignored it, as too much time was demanded by it.

How would I do in the exam?