Is Mr Kissi Agyebeng Turning the OSP into a Marriage Bureau? 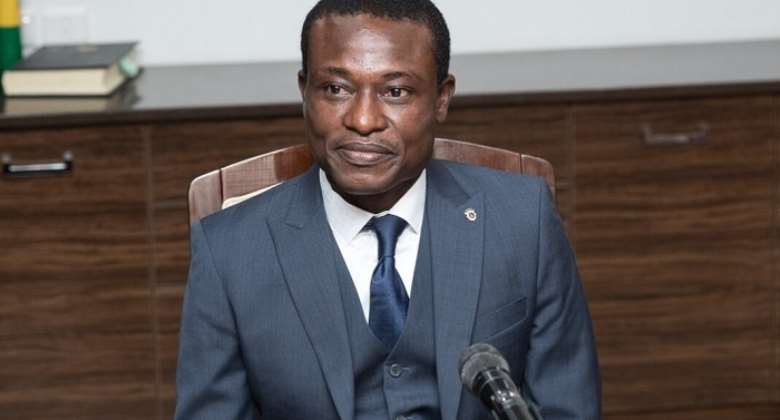 To say that I was shocked when I saw the headlines on what the newly appointed Special Prosecutor (SP), Mr Kissi Agyebeng said about condition of appointment as staff of the Office of Special Prosecutor (OSP) is an understatement. According to media reports, he is alleged to have said that all unmarried staff of OSP have to seek his permission before they marry (see, “OSP workers will need direct permission from me before they marry – Kissi Agyebeng”, Ghanaweb, October 6, 2021). This article is a brief discussion on the merit of such intrusion into the right to private life of Ghanaian citizens.

In the report, Kissi Agyebeng indicated that apart from married men and women, other employees who intend to get married will have to disclose to the office who they intend to marry in order for their would-be spouse to be vetted. “If you are at the interview to work for the Special Prosecutor’s office and you have someone you intend to marry, you should make that known to us so that we can vet the individual. If we vet that fiancé/e and realise he/she is a security risk, we will advise you that you have one of two choice with to leave the finance/e and work but if you still want to marry, you should go and marry. Whilst you are an employee and want to marry, you should inform me about the marriage that you want to marry so that I will vet the person. I will advise you after the vetting on whether or not you can marry the person. If you can’t abide and insist on getting married to the person then we will have no choice but to sack you,”.

I am not sure how the SP will enforce the above because any such administrative policy will breach the right to family life which is enshrined in the Article 16 of the Universal Declaration of Human Rights and Article 23 of the International Covenant of the Civil and Political Rights. I am also sure that it will be unconstitutional and illegal.

What is surprising is that the SP has not identified any legal authority that gives him or his office such powers to determine who marries who within the OSP. Will he assume the role of parents of single or unmarried staff of the OSP because in most societies, young men and women obtain permission from their parents to marry X or Y? Again, how can the SP justify such draconian, unconstitutional and illegal requirement?

How would the SP ensure that the spouses of employees are not security risk, when they are not employees and what would be the definition of security risk? Would one being married to an opposition party executive or member be considered a security risk? Is this a ploy by the SP to recruit certain individuals into the OSP who would be loyal to him personally and not to the state? Could it even be a ploy to engaged those with a particular political or ideological agenda?

I agree with the SP that staff of the OSP must not only be security risks, but also must be trust worthy and be committed to the fight against corruption. Above all, they must be loyal to the state. However, this precondition of appointment is not only misplaced but appears to be a form of securing the loyalty of staff for an unknown agenda or to make employment with the OSP an exclusive rights of people who the SP personally approves of. Such requirement will breach most employment legislation and could be unenforceable and in fact, it could open the pandora box.

I also appreciate that spouses can have strong influence on their wives/husbands and often influence their judgement and decisions. But this is not limited to only spouses but as well as other relationships including boy/girlfriends and partners, family members, classmates, friends, etc. Is the SP willing to vet all such relationships? Why not vet the spouses of existing staff including that of the SP himself if he is married? Did president Nana Akufo-Addo secure security clearance for the wife of SP prior to his nomination and if so, did Parliamentary Appointment Committee vet his wife? What about other family member such as children who live in the same household?

This appointment criterion by the SP is irrational, untenable and must be resigned to the dustbin of idealism. Instead, the SP must focus on the individuals who will be engaged as staff of OSP. Security clearance should be limited to them and not their spouses because the OSP as an organisation must have rules and regulations of engagement that if members of staff breach them, they are taken through a disciplinary process. The competence, trustworthiness, effectiveness and impartiality of employees are more important than those they are married to or will marry. An employer has no business deciding for its employees who they should marry.

I am talking from experience because I deal with human resources matters and employment claims. For example, I was once a member of the governing board of a college and two members of the executive team began a relationship. The governing board took a decision that, they cannot remain in their posts and gave them the option for one to resign or both be sacked. Both refused to resign because they had not broken any rules of the college though they realised that their relationship may be uncomfortable for the board. The board then negotiated to release the employee less easier to replace by paying compensation to the employee to resign. Had the board not negotiated an amicable settlement but sacked one or both executives, they would have taken the board to an employment tribunal for breach of contract, wrongful dismissal and potential discrimination claim. Such claims would have generated a lot of negative publicity for the college as well as cost in terms of legal fees and compensation should the college lose the case.

It is easier for the SP to say that, he will sack an employee for marrying the wrong wife or husband (by his definition) but not easy to do. Such decision will involve the OSP in legal battle, negative publicity and divert attention, time and resources from the work of the OSP. Therefore, my advice to Mr Kissi Agyebeng is, you are a brilliant and accomplished lawyer and not a marriage expert, neither are you a human resource expert. Please leave the decision of who staff of OSP decide to marry to themselves and do not get involved. Instead, engaged competent, trustworthy and those who will be impartial and objective in the performance of their duties. You have no right to decide who they marry. It’s none of your business and just focus on the work of the OSP. Finally, do less talking and let your actions talk for you.