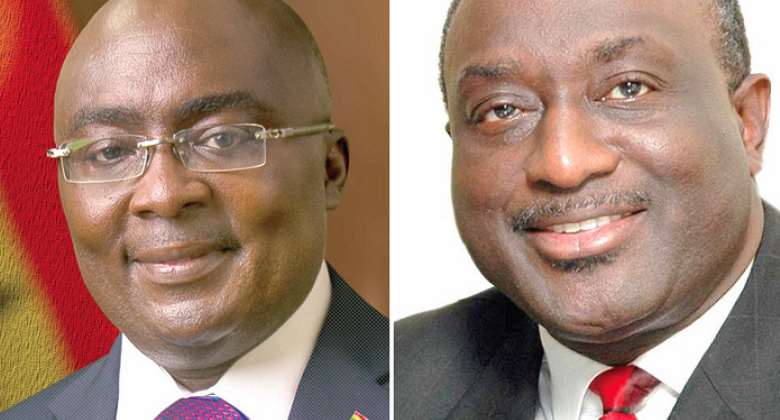 The NPP has a restricted choice to make between H.E Dr. Mahamudu Bawumia and Hon. John Alan Kyeremanten a.k.a Alan-Cash, although the contest for the flagbearership will be democratic. The two have amassed credible and quality political leadership potentials currently to lead the Country. The primaries to elect the Presidential candidate for the 2024 elections by the ruling party will be a conducive democratic-test ground for the party.

The issue about the earliest in the queue may be the theme for those in the camp of Hon. Alan Kyeremanten. This issue deal with the historical succession decisions of the party, to choose those in the queue earlier than others to lead the party in national elections. Choosing H.E Dr. Bawumia is an indication of internal democracy and not strictly adhering to traditions and the principle of “political FIFO” (First-in First-out). The Presidential primaries will expose the party to internal democratic test and practices that defy the rules of any political queuing model or system.

Folks have already offered divergent opinions on this issue and have concluded Hon. Alan Kyerenmanten has a good personal track-record at the Ministry he leads. They have argued somewhat conclusively that the success of the one-district one-factory (1D1F) has given him a political impetus which pushes him ahead of his main contender, the Vice President. But this policy, if successful, gives the NPP in general a walk away with over the NDC, and does not offer some special bet to an individual to win the elections.

So, the overall performance and success of the current President and the party would be the yardstick to make a decision at the polls in 2024. A positive collateral effect is a demand that must be bestowed on the preferred candidate of the party.

The campaign messages of those to contest the primaries need political propriety devoid of tribal and religious bigotries. The use of such bellicose tactics for the internal politics of the party will impair the outward look of the party and the reverence it shows to some groups, ethnic groupings and people of a particular faith. The treatment of these two issues, ethnicity and religion, in the internal politics of the NPP prior to the primaries and the general election is essential.

The contest must dwell on competence and qualities of the individual to entice the populace to the party and the candidate. The Presidential primaries of the NPP will be one of the greatest political contest in the history of the party and the country. It is already a pacesetting contest whose indelible effect will stain the memories of the losers if mistreated afterwards.

The NPP would have been a strong force to overcome, if a new record of two opposing candidates form a team to face the candidate of the main opposition party. Then, Hon. Alan runs as a Vice Presidential candidate to H. E Dr. Mahamudu Bawumia. With this option, there is no contest between the two main competitors. But how will this proposal fit in the internal democracy of the party especially when many are yearning for the authority of the party to lead it in the 2024 national elections? This could only be a wish and not feasible currently considering the political desires of the two and the other competitors.

The principle and political model mostly used by the party in choosing its Presidential candidates will not permit the conscience of democracy in the delegates to function freely. The earliest in the queue custom may cause the party to drift for alternatives which will lead the party to its doom in 2024.