There is no gay gene — Edem Senanu rubbishes homosexuals' argument 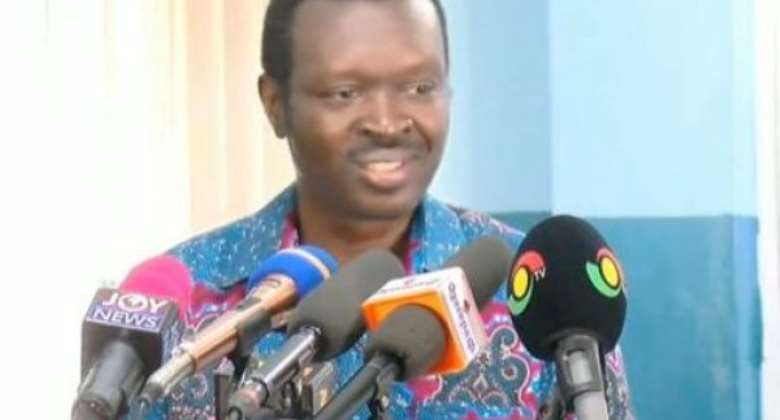 Mr Edem Senanu, Board Chair of Advocates for Christ-Ghana, has opposed arguments by LGBTQIA proponents that their sexual behaviour and orientation have their basis in genetics.

His stance hinged on the largest study on the genetic basis of sexuality conducted in 2019, in which investigations were carried on the genomes of five hundred million people.

The study found that culture and environment accounted for 75 percent of what contributed to sexual behaviour and only 8 per cent to 25 percent could potentially be attributed to genetics.

“Their findings revealed that in fact there was 'no gay gene'. These findings oppose arguments that sexual behaviour and orientation have their basis in genetics. Therefore, the conclusion is that, LGBTQIA proponents cannot claim that they were born like that,” he said.

Mr Senanu made the comments on Friday during a presentation on a Medical, Genetics and Psychological Memo on the Promotion of Proper Human Sexual Rights and Ghanaian Family Values Bill 2021, in Accra.

He said data at the US Centre for Disease Control and Prevention, 2010 showed the rate of new HIV diagnosis among men having sex with men (MSM) was over 44 times that of other men and 40 times more than that of other women.

He said the disturbing news was that most of these homosexuals were also transsexuals.

Mr Senanu said an article on the GLMA web site features stated that lesbians had the richest concentration of risk factors for breast cancer than any subset of women in the world.

The article, he said, also stated that lesbians had higher risks for many of the gynaecologic cancers.

Mr Senanu said according to the same article, gay men may be at risk for death by prostate, testicular, or colon cancer.

He said studies in the Netherlands found the transgender mortality rate to be twice as high as those without gender dysphoria.

“In his book, 'Homosexuality and the Politics of Truth', American psychiatrist and psychoanalyst, Jeffery Santinover argues that homosexuals lose twenty-five to thirty years of their lifespan. He cites various causes such as gonorrhoea, chlamydia, syphilis, herpes, HIV/AIDS, other sexually transmitted infections, enteric infections and disease, cancers, alcoholism, suicide, as the factors,” he added.

He said contrary to views expressed by advocates for the LGBTQI agenda, sex was binary and scientifically assigned at birth by the presence of male or female genitalia or in very rare cases, when both sexual organs occur, additional genetic analysis was done to establish the type of chromosomes present, their number and thereby sex.

Therefore, Mr Senanu said the sex of a person was not determined by how people felt or thought, later in life.

He encouraged Ghanaians and Parliament to support the Anti-Gay Bill and pay attention to the direct and indirect consequences of opposing the Bill and its provisions, and especially how it would ultimately harm the vulnerable, including individuals who associated with the LGBTTQQIAAP spectrum.

The Board Chair said an endorsement of the Bill would reduce the stigma and silence associated with experiences of unwanted or coerced sexual contact which happen during childhood and adulthood.

He said endorsement would also promote the provision of medical and psychological support for all.

Pastor Aaron Adjetey Akron, a former gayman, said he began the practice at a tender age of nine and continued for twenty years.

He said it took the saving grace of God for which he had now turned away from the habit and advised all those stuck in the addiction to turn their lives over to Jesus Christ for the salvation of their souls.

Pastor Akron said the endorsement of gay rights would be a death sentence for the whole nation and even generations yet unborn.