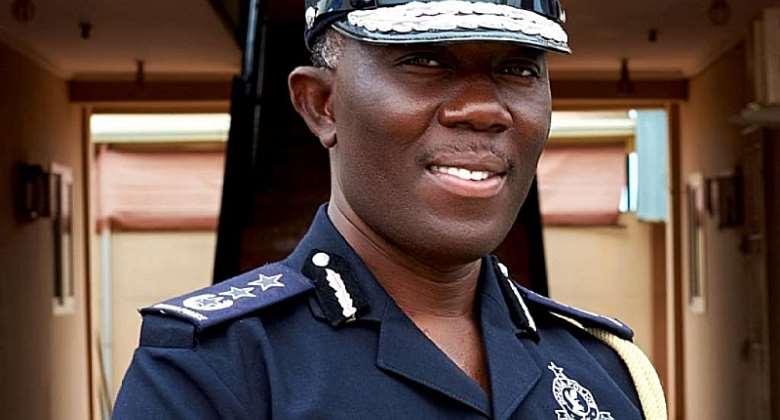 The newly-sworn in Inspector General of Police, COP Dr George Akuffo Dampare has assured President Nana Addo Dankwa Akufo-Addo of his commitment to ensuring the Police administration to becomes better.

Speaking after his investiture at the Jubilee House in Accra on Friday October 8, he said “Working with my colleagues in the Police service and outside it, and also getting the support and the backing of the population of the country we will be able to leave the Police service better than we came to meet it.

“So that at the end of the day if we leave the service and we are passing by and we see Police people doing excellent job we will be proud and tell ourselves that yes we also contributed and as a result of that we are seeing a different Police service.”

President Akufo-Addo for his part, assured that his government will support him to deliver on his mandate of providing security to the people of Ghana.

Mr Akufo-Addo asked him not to form any alliance with political parties especially the governing party.

“It is in everybody's interest that the Police Service conducts itself as a principled, creditable instrument of accomplishing the executive's duty to maintaining law and order in the state. Governments in our body politics have term limits, in a multiparty democracy parties win and lose power. It is good for the health of the nation that this should be so.

“This is why the Police Service under your leadership should not tie its wellbeing or otherwise to the fortunes of the ruling party of the day.

“As president, and together with you as Inspector General of Police , we need to cooperate to ensure that the Police service is left to focus on its core mandate and not be an appendage of the ruling party.”