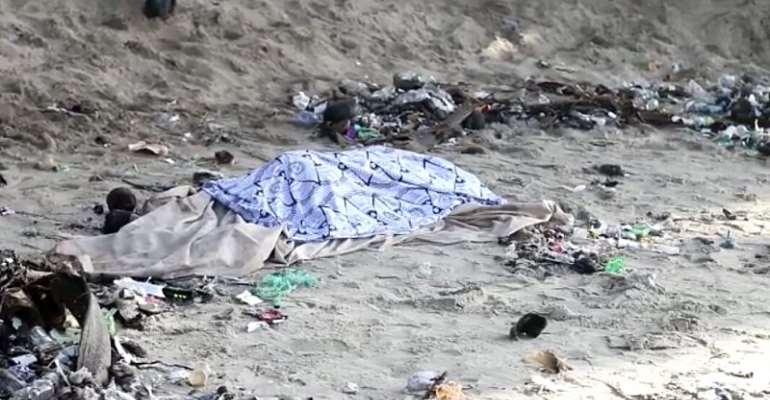 The body of a man reported missing has been washed ashore at Saltpond Nankesido in the Mfantseman Municipality of the Central Region.

Identified as Papa Kwame, the 28-year-old was reported missing earlier this week as his family struggled to locate him.

According to information gathered, it looked as though he went swimming and drowned.

After three days in the water, his body has been pushed to the shore of the sea by the waves.

Reports have it that Papa Kwame was only visiting for a festival and apparently didn’t know how to swim.

It is alleged that he might have been under the influence of alcohol when he drowned.

At the moment, the Police have been informed and his family also made aware.

The body of the deceased who has left behind a wife is said to have started decomposing.

His family has been directed to hasten plans for immediate burial.