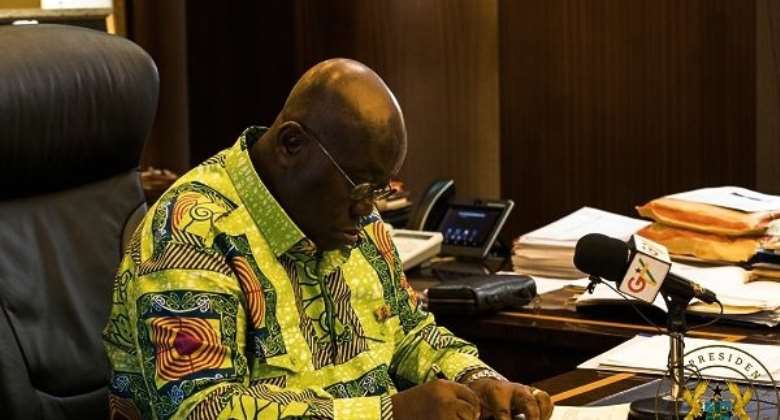 Dr Kwabena Opuni Frimpong believes President Nana Akufo-Addo will not fail Ghanaians by refusing to assent to the anti-LGBTQI+ bill should parliament pass it into law, a former General Secretary of the Christian Council.

The private members’ bill, which is in the works, is proposing a 10-year jail term for offenders, including promoters of any sexuality that falls within the LGBTQI+ spectrum other than between a man and a woman.

The 36-page bill, which is yet to be considered by parliament, seeks to unequivocally criminalise LGBTQI+ activities.

It covers any person who “holds out as a lesbian, a gay, a transgender, a transsexual, a queer, a pansexual, an ally, a non-binary or any other sexual or gender identity that is contrary to the binary categories of male and female.”

The legislators promoting the bill submitted a copy of the draft to the Speaker of Parliament on 29 June 2021.

The bill is not only targeting persons of LGBTQI+ orientation but also promoters of such a spectrum of sexuality.

Additionally, it suggests that persons who engage in any activity that “promotes, supports sympathy for or a change of public opinion towards an act prohibited under the Bill” be held liable on summary conviction to a term of imprisonment of not less than five years or not more than ten years.

Flouters of this section could face up to not less than six years or not more than ten years imprisonment.

However, a group of renowned Ghanaians in academia and other professions, including Mr Akoto Ampaw, the lead counsel for President Nana Akufo-Addo in the 2021 election petition, recently sent a memorandum to parliament arguing that passing the bill would mean challenging Ghana’s 1992 Constitution.

The 18-page memorandum noted that “the proposers of this far-reaching claim have not provided any data or evidence to suggest that there is such a threat, beyond a resort to some dogmatic religious tenets and so-called Ghanaian family values.”

The opposers said: “Christ’s message was/is that we should love our neighbour and not be judgmental and promote the hate and bigotry that many self-styled Christians exhibit and seek to impose on Ghanaian society.”

They argued per Article 18 of the Constitution that Ghana is a secular democracy and “not a theocratic Christian or Islamic Republic or an African traditional monarchy or chiefdom.”

“In other words, while it allows Christian, Islamic, African traditional and other religious beliefs and practices to exist in harmony with one another as fundamental rights, our Constitution rightfully forbids the imposition of a religious dogma, whether Christian or Islamic or traditional on Ghanaians.”

They cautioned the Parliamentary Select Committee on Constitutional, Legal and Parliamentary Affairs against creating a “society where the state, through legislation, imposes one view of ‘proper human sexual rights’.”

They also want the bill rejected.

Some critics have wondered if Mr Akoto’s opposition to the bill is representative of the president’s stance on the matter.

However, Dr Opuni Frimpong told Blessed Sogah in an interview on Class91.3FM’s 505 news programme on Tuesday, 5 October 2021, that: “I don’t have any good reason to doubt that the president will not assent to the bill if passed”.

“I have listened to him [president]; these issues have come again and again and he has explained, he has spoken in English and Twi that as long as he leads us president, he will never [let it happen]”.

He said Mr Ampaw is an independent Ghanaian and a professional, adding: “Individual, private people can go to him and he will still lead them to court”.

“So … I don’t have any reason to doubt that if parliament goes through the process and it happens that that law must be signed by the president, I don’t doubt that he will fail Ghanaians”.