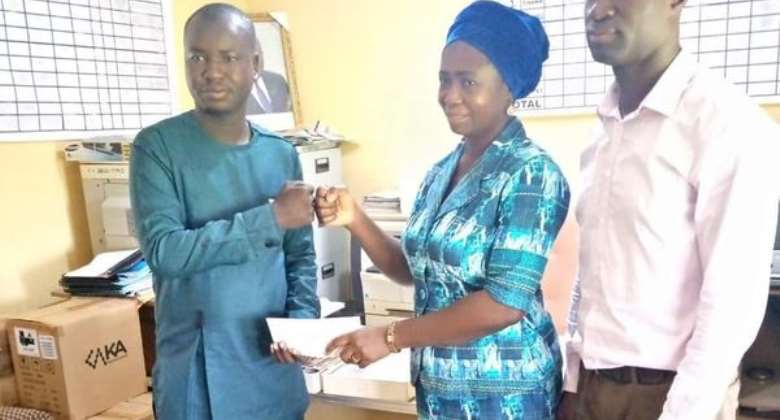 One thousand and eighty (1,080) BECE candidates in the Central Gonja district are expected to benefit from cash support from the Member of Parliament for the Yapei Kusawgu constituency towards their Mock Examination.

This was revealed during the presentation of an amount of GHC9,000.00 by the MP Hon John Jinapor to the District Education Directorate on Wednesday.

The Constituency Secretary of the NDC who made the donation said the kind gesture formed part of the MP's quest to improve academic performance in schools across the district.

Mr. Latif lddi Atingpo l further assured the district director of the MP's commitment to sustain the sponsorship to make education affordable for all.

Madam Veronica Tampour Kuupol expressed gratitude to Hon John Jinapor for his unflinching support towards the upliftment of education in the district.

However, Madam Veronica Tampour Kuupol promised to use the money for its intended purpose.

An Assembly member of the Buipe Electoral Area, Hon Abdulai Baaki also thanked the MP for the kind gesture.