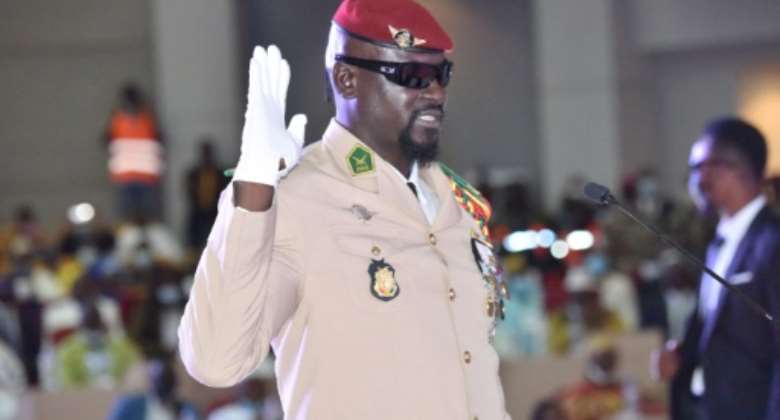 Guinea's newly appointed prime minister Mohamed Beavogui pledged Thursday that his transition government would take on reforms to make sure the country "works properly" before handing power back to civilians after last month's coup.

Speaking to reporters outside his home in the capital Conakry, Beavogui said that his priorities are those of the ruling military, which seized power in the West African state on September 5.

Beavogui, a relative unknown in Guinean politics with a background in international development, explained that he wants to ensure "the country works properly" -- apparently referring to a dysfunctional government bureaucracy and courts system -- before promised elections are held.

The following day, the 68-year-old offered assurances that neither he nor army strongman Colonel Mamady Doumbouya plan to cling to power.

"We are here, as the president said, to serve, to create these conditions, and to leave," Beavogui said.

The former special-forces commander was sworn in as interim president on October 1, and has promised to restore civilian rule after a transition period of unspecified length.

Beavogui had a prestigious career in international development, including with the United Nations, before the army appointed him to steer the transition government.

His lack of government experience potentially distances him from Guinea's vicious political infighting.

Locals, for their part, appear to have welcomed his nomination.

Mohamed Sall, a 53-year-old bank employee in Conakry, told AFP that the prime minister "has clean hands, a clear conscience and a holy spirit".

Under the transition charter, Doumbouya retains the power to hire and fire the prime minister as well as government ministers.

However, the president and other members of the transition government will be barred from running in future elections.

On Thursday, Beavogui admitted that the ambitious reform plans "will probably not be finished" on his watch.

"We want to put in place reforms that will be irreversible," he said.

The challenge facing the new prime minister is daunting.

Guinea, a nation of 13 million people, is one of the poorest countries in the world and has a long history of authoritarian rule.

Its electoral politics are also riven by ethnic tensions that often spill over into violence.

Guinean political scientist Kabinet Fofana said that Beavogui's technocratic background was "essential" for the task of carrying out reforms.

"The second advantage is that he is not politically affiliated, which is very important in a process where there must be elections," he added.

Wary of democratic backsliding in the region, Guinea's neighbours are pressuring the junta to organise swift elections.

The 15-nation Economic Community of West African States has frozen the financial assets of junta members and called for a poll within six months.

While Doumbouya has refused to commit to a timetable, experts say that his appointment of a civilian as prime minister may smooth tensions.

But last year, he pushed through a new constitution enabling him to run for a third term in October 2020.