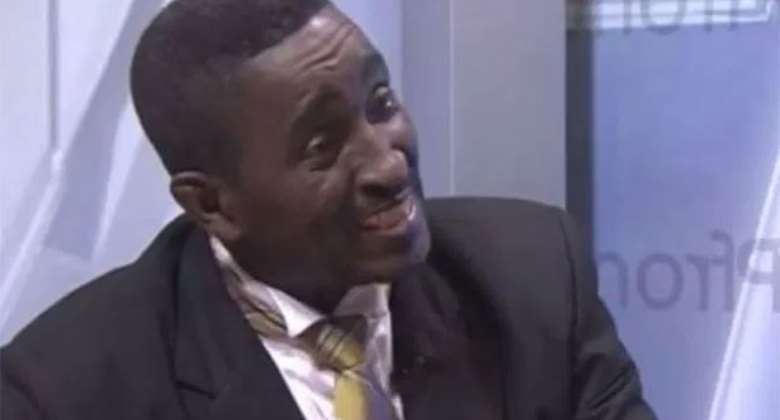 IT is a truth universally acknowledged that if you attend other people’s funeral, then people will attend yours. If you sympathise with those in grief, when you are in difficultly, you will not be alone.

A very famous lawyer, one time Attorney General of Ghana, a very solitary figure, died, and was buried in a hot Wednesday afternoon with only a handful of mourners.

If you are reading me, make time, sacrifice a little bit of your time and mourn with those who are bereaved, so that when you suffer a loss, multitudes will flock to your place.

Nana Owusu Boamah, the 'Kakafieto journalist' 'Odontsotso' a very likeable fellow, friend to all, died in November 2020 and his family danced “Kpanlogo” with his funeral.

We will do it quickly and forget about it, before Christmas no, he will be buried on Saturday 3rd May, no, it is postponed to July ending -finally, they settled on Saturday 2nd October 2021 at Beposo, near Mampong Ashanti.

Come Friday 1st October 2021 around 10pm I left Accra as lead car in a two car convoy of friends and staff in my office and after a brief stopover at Nkawkaw we got to Ejisu and passed right in front of Anita Hotel for Effiduasi. The road is under construction so we were forced to slow down.

At Effiduasi we turned left and got to some community called BANKO to see free for all open street disco in full blast – wow!!! It is great to be young. Time check 4am.

From there we used an obviously old discarded route, through thick forest, and entered BEPOSO from the back.

Beposo is NOT a village. Even by European standard it qualifies for a CITY -large, huge streets, executive solid buildings as far as the eye can see.

We got to the funeral home, at about 5:30am, to see a canopy, erected directly outside the family house, on the street. I entered to see Nana Owusu Boamah, lying down, as if asleep – looking so fresh – good job by the undertaker.

Even though there were as many as 17 funerals in Beposo that Saturday, the funeral of Nana Owusu Boamah overshadowed all of them. Mourners kept coming from far and near and pretty soon the over one thousand chairs were not enough and more canopies and more chairs had to be brought.

The funeral service began late in the morning, around l0am and after tributes, including one from me, a short homily the casket was lifted for interment at the cemetery.

The culture at most funerals these days is that after the corpse has been lifted for the cemetery, the funeral rites continue almost immediately at the funeral grounds, to enable travelers to make their donations and leave.

Not so, in Beposo. Here, after the morning burial service, it seems everybody leaves to go and freshen up. As I crossed the beautiful town I saw several empty canopies, awaiting the afternoon session.

The afternoon session starts around lpm and reader, it deserves actual presence, not hearsay.

Reader, you will not believe it – my attention was drawn to the presence of somebody – when I turned, it was my Lord, Justice of the Supreme Court, Mrs. Justice Mariama Owusu, seated unobtrusively at the back, in some dark blue mourning in cloth, with her lady’s bag on her laps, querying me – “Captain, it has been a very long time – how are you?”

I screamed “my lord” so much everybody was looking at us. She told me she is a native of Beposo and I said if I had known I would have come to her house for some fufu.

The climax of the afternoon session was the arrival of Nana Anarfi Korkooto II, Chief of Kenyasi, in an extremely flamboyant manner, dancing royal steps escorted by my personal cultural group, Nana Yaw Woro Cultural Group imported from Berekum to perform at the funeral.

For nearly three hours, it was a jam packed action scene – cultural group playing “kete” with two knockout formal dancers – Sandra and Dordie, the cassette music being played, the announcer struggling for space to announce donations and arrivals – it was most interesting.

Nana Anarfi Kokoto II finally rose up at 6pm to leave, but that did not mean the funeral was over. The Kete dancers had a field day, and I noticed that the mourners were all still seated, watching and enjoying the two glamourous dancing girls.

Darkness finally forced proceedings to come to an end around 6:45pm. Thus comes to an end the roll call of Nana Owusu Boamah with humanity. From now on, he is part of history. He belongs to the sages.