Lesson From Ghana - Straight To The Point 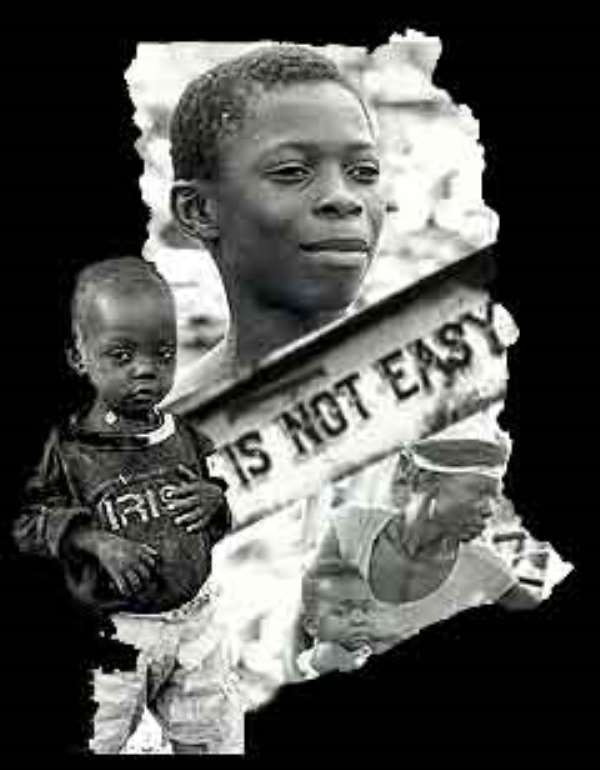 Recently, the BBC carried a series on the effects of the structural adjustment imposed on Ghana by the Word Bank and International Monetary Fund (IMF) some 20 years ago. Much has been written and heard of these two financial institutions, but it was the first time this writer had seen a case study of a country undergoing adjustment.

Before the intervention of the two agencies, farming was widespread and the population produced crops for sale and local consumption. Schools and health services were available and the locals had a ready supply of water. The community was self-sufficient and the family unit was kept intact since there was not much movement.

Then 20 years ago, the IMF and World Bank introduced a system of structural adjustment. Ghana would be “the model pupil – the glowing star of Africa”. Multinational corporations came and bought large tracts of land from the government; the natives received notices from the giant companies to quit the farms and settlements. At first, they refused to quit. It was then that their own people, dressed in military uniforms and carrying firearms, forcibly expelled them from their homes.

The companies cleared the land and started mining for gold. This led to great dislocation of the people and widespread suffering as the locals were forced to leave their secured way of life in the village and adopt a rather nomadic culture. The tough measures also included the reduction of spending, and a cut in subsidies. This effectively reduced the production of rice and other crops, which were formerly harvested in Ghana. The country not only suffered increases in its import bill, but also in unemployment.

When questioned about the loss of the rice industry and high import bill, one of the financial experts responded that it made more economic sense for Ghana to import rice from low-cost producing countries like North Vietnam and Cambodia. To him, the cost of production was too high in the host country. It seemed not to matter that a number of families were employed and sustained by the rice crop, and its discontinuation would create much social dislocation.

Privatisation invaded the country and goods and services were available on demand but under the banner of “cash and carry”. Health services, education and even water fell under the cash umbrella. The IMF informed Ghana that countries in debt should not waste their limited funds on water. Ghanaians were forced to buy water. Those who could not afford it were forced collect it from sites such as dams, pools, and rivers, which were potential health hazards. In the meantime, America spent billions to ensure that its citizens enjoy a constant and safe supply of the precious liquid.

Last year, Ghana spent four per cent of its gross domestic product on health services. On the contrary however, it spent seven times that amount, that is, 28 per cent on the repayment of debt to the IMF.

Quite recently, my colleague Gladstone Holder quoted the American Supreme Court Justice William O. Douglas as stating: “We often act as if we are a government of the corporations, by the corporations and for the corporations.” Much to their chagrin Ghanaians are reeling under the weight of the mining companies and other multinational corporations, the handmaidens of the IMF and World Bank.

A young lady was in a hospital prison because she was unable to pay for her maternity treatment. Her parents had died and her husband was ill and unable to work. She had twins but one had died soon after birth. When asked by the reporter when she and her baby would leave the prison, she replied that her discharge was dependent on the payment of the fee. However, she could not state with any degree of certainty when that would be. She could still consider herself lucky since some locals were turned away without receiving any health care at all. One of the doctors who worked at the hospital said he received free treatment many times from that hospital when he was a youth.

Persons were also forced to travel long distances to seek assistance and employment. When they did find work it was very strenuous, such as breaking rocks, and they were forced to work 12 hours a day. One young lady who never went to school said she wanted to learn a skill such as dress-making, but had to work as a porter.

It seemed the structural adjustment policy of the IMF and World Bank had raped and ravaged Ghana reducing the “great black hope and glowing star of Africa” to indebtedness. The model pupil had become a beggar.

But what is the significance of all this to Barbados? Just a decade ago we also experienced structural adjustment. Some lost their homes and jobs, and civil servants suffered an eight per cent cut in salary (repaid two years ago) for 18 months. But compared with Ghana and other countries both develop and developing, Barbadians enjoy a standard of living that can be regarded as affluent.

Every citizen still has the opportunity of free primary, secondary and tertiary education. In health care there are free services at the Queen Elizabeth Hospital and polyclinics and medication to patients with chronic diseases such as diabetes, hypertension, epilepsy, asthma and cancer. Moreover, children under the age of 15 and seniors over 65 also qualify for free medication. There is also running water and electricity in every hamlet.

The real purpose of this essay is to encourage fellow Barbadians to stop whining, grinding and complaining. Instead, they should thank God they live in a country that is truly privileged and blessed, and the envy of many other countries, both great and small. John Blackman is a former principal of the Deighton Griffith Secondary School