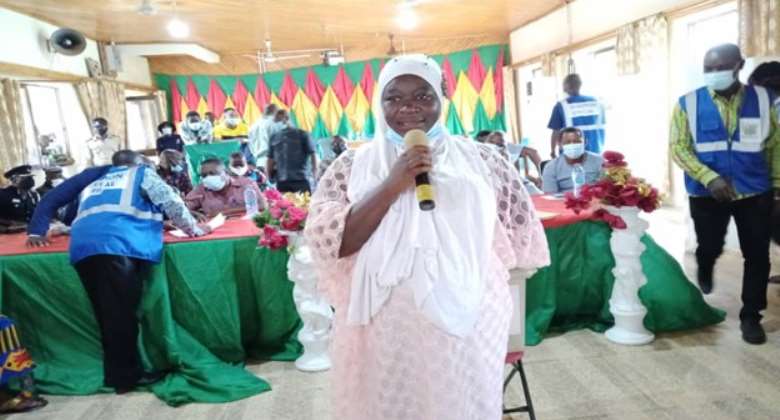 Hon. Najat Addressing The Meeting After Her Election

A 33-year-old Najat Ibrahim has been elected as the new Presiding Member of the Atebubu-Amantin municipal assembly.

The mother of three polled 36 out of a total 45 votes to emerge the first female to occupy the position and effectively ended the stalemate that has characterized the election of a Presiding Member for the assembly since December 2019 as a result of some disagreements among the assembly members.

The new Presiding Member who is a teacher with a bachelor’s degree in basic education obtained from the University of Education Winneba in 2018, has reading as her hobby and enjoys playing the game of volleyball for pastime.

Her first major task in her new position was to oversee the confirmation of the President’s nominee for the position of Municipal Chief Executive for Atebubu-Amantin Hon. Edward Owusu which was successfully executed with the nominee securing an overwhelming endorsement with 45 out of 46 valid votes cast.

Hon. Najat hopes to bring a good amount of impartiality and transparency to her office, two very important qualities she hopes will help accelerate the development of the municipality.