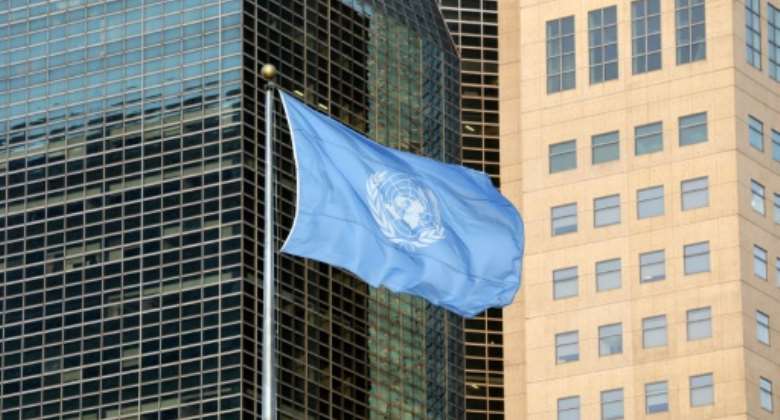 The United Nations believes that declaring UN officials in Ethiopia "persona non grata" is illegal because it violates several articles of the UN charter. By Ludovic MARIN (AFP/File)

The UN Security Council was due to hold an emergency meeting Wednesday -- the second in less than a week -- to address the recent expulsion of seven UN officials from Ethiopia, a decision that has raised fears of setting a precedent for other conflict zones.

Officials from Ethiopia will take part in the public meeting scheduled for 1900 GMT, in which UN Secretary-General Antonio Guterres will also participate.

In a letter to the Security Council dated October 1 and obtained by AFP, Guterres said "the conflict in Ethiopia -- and the accompanying humanitarian and human rights crisis -- is spiraling out of control."

On Friday, the UN Security Council met behind closed doors to discuss the expulsion of officials who were accused of "meddling" in Ethiopia's internal affairs and of political manipulation of humanitarian aid.

The United Nations believes that declaring UN officials "persona non grata" is illegal because it violates several articles of the UN charter.

It has complained to Ethiopia in a letter seen by AFP, saying the UN has not been given "any information" on the officials' alleged actions.

UN spokesman Stephane Dujarric said on Tuesday that Ethiopia has not provided any additional information.

The meeting on Wednesday was requested by the United States, Ireland, Estonia, Norway, Britain and France.

On Friday, the Security Council could not agree on a statement proposed by Ireland due to opposition from China and Russia.

Speaking on condition of anonymity, an ambassador of a Security Council member state told AFP that "we should move on to political negotiations."

The expulsions sent shockwaves through the UN, where such moves are rare.

UN humanitarian chief Martin Griffiths, whose recent statements about the "blocking" of humanitarian aid and a growing risk of famine could be behind the decision, dismissed the allegations against the UN as false at the Security Council meeting on Friday, but did not say what they were, another ambassador of a council member told AFP.

The ambassador also said that the expulsions in Ethiopia could set a dangerous precedent for conflicts in Myanmar or Afghanistan.

"If we don't resolve the situation in Ethiopia, it could create a snowball effect," the ambassador added.

'We will stand united to oppose e-levy' – Haruna Iddrisu but...
29 minutes ago