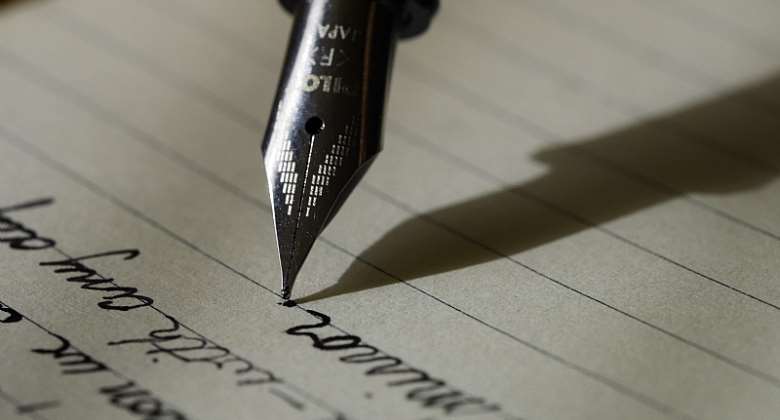 The thing is I started this year on the footing of zero compromises across all facets of life. My sanity first. Yours too is a priority (i.e., if I’m the one causing the problem).

But as it has become habitual of me that whenever my phone’s “Azan” beeps anywhere I was, especially in the company of other religious adherents, who I don’t share the same faith, I subconsciously silenced it like shushing a baby even the more.

This has been a characteristic of me for years, and I can’t use only this year to uproot it easily. Because I don’t want its “earsplitting” sound, as they consider it, to release any form of discomfort to “them”. Regardless of my dogmatic stance of ‘no compromise’, I still can’t foment the necessary evil. Maybe that’s the little I can do to also foster a peaceful religious tolerance.

Until the deliberate misapprehension from the “Wesley Girls” surfaced then I realized that ‘an eye for an eye’ works perfectly. I’ve learnt some small sense. Unless it’s an official space or meeting if it’s the rest then forget it. I’m not going to be compelled to turn my phone off when it’s beeping melodiously, of the call to prayer. I’ll leave it to beep and beep. I won’t shush it. It’ll beep and beep. Because I’ve been on a bus and many other places where people openly played or professed their faith and nobody died. So I’m tired of impressing anyone anymore anywhere again.

And so beautifully, yesterday, I was occupying a “space” for almost an hour before this uniformed woman appeared. We had to be sharing the space for the time being. Facebook and its sister apps were all off. I’ve been gripped by a book already, ‘The Bride Price’ by Buchi Emecheta since morning and still reading at that time. I wanted to complete fifty pages before closing it.

This officer began playing praises and worship from her phone. I thought she would consider where we were and settle for an earpiece or a headset, or would even reduce the volume of the song a bit so that we would all have our peace in peace. That was in my dreams — a failed imagination. She rather kept increasing the volume and singing, too.

It would be very unfair on my part to say that, perhaps, because she had heard me extending an Islamic greeting to a friend who called to ask why his Facebook, Instagram etc., were off as if I owned Mark Zuckerberg, that’s accounting why she’s warding the devil off from my arteries and veins.

I realized that being reticent isn’t going to help placate the issue. She’s older than me so I was carefully putting my words in order, just to respectfully say, “Madam eee, could you please lower your volume?” I don’t know how she’ll take it. This is Africa so words need to be put on a scale before they’re sold.

I’ve had instances when, even people who share the same faith, had to ask that such songs of their faith be turned down but they ended up being called satanic. Like when you speak to a person who has eaten garlic to excuse himself small, but he ends up calling you a wizard because garlic is an allergy of yours. So I was very introspective.

Its been over half an hour and, there’s nothing like her turning the volume of the song down. The pitch of her soothing voice kept ascending to heaven. She had then entered into the spirit. That being so, the angels have vacated their duty to allow her have a one on one discussion with God. In order to allow peace to rain violently, I turned on my Quran recitation. (Yes, I also have the phone some).

After a moment of listening to Sheikh Idris Akbar, I changed to a Ruqyah collection I have, which is recited by Sheikh Arjimy. You know how he could cry and cry while reciting. Those tears of his give me peace — a beautiful peace, of course.

All of a sudden I could hear the officer increasing her voice, and also changing tracks. I didn’t mind at all. Mine was also loud and I was enjoying the unintended fracas. In twenty minutes’ time she finally hearkened to the inference I wanted. She paused hers and so did I do to mine. That’s how peace began to flood our space.

The young bird does not crow until it hears the old ones — Tswana proverb.