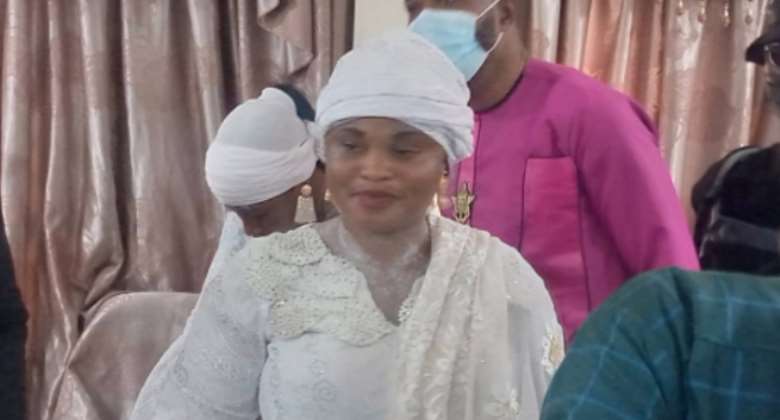 The DCE nominee for Sawla-Tuna-Kalba District in the Savannah Region, Hajia Losina Barkisu Watara, has garnered 91% vote approval from members of the Assembly.

43 voted YES and 4 voted NO out of 47 elected and government appointees of the Assembly representing 91% of the total valid vote cast.

She expressed gratitude to the President for nominating her as the DCE for the area.

She also thanked her predecessor and the leadership of the governing New Patriotic Party in the Savannah Region for their unflinching support.

She promised not to run an "armchair" office but rather work hard in accordance with the President's vision of transforming the country.

The Savannah Regional Minister, Hon. Saeed Muazu Jibril, who addressed the gathering after the election pledged his support to the confirmed DCE and urged her to avoid listening to naysayers.

Before her nomination, Hajia Barkisu was the NPP Savannah Regional Nasara coordinator.

She is the first female DCE for the area.