False surrender in Ghana, and Dangerous escalation appeal in the Gambia? 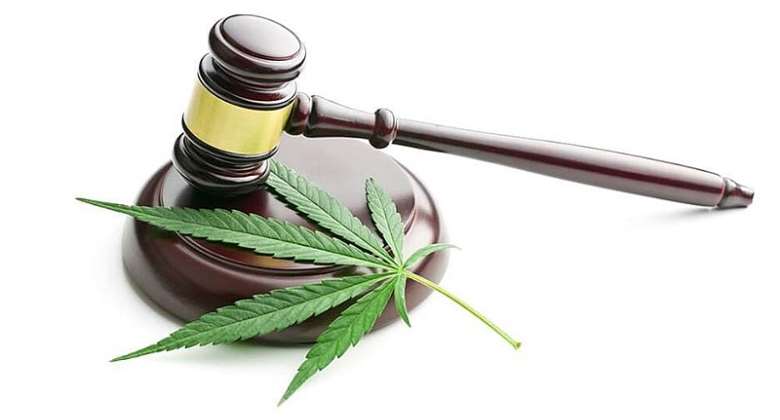 After about eighteen months since Ghana reluctantly legalized hemp, their refusal to grand a single hemp license is not just a questionable surrender, but one that should be studied to avoid its repeat in other African countries. This delay for freedom in Ghana is contributing factors to why other devils are seeking escalation, or why the Gambia's 'anti Drugs' (DLEAG/DEA) spoke person made a dangerous escalation appeal, on TV. The Countries are linked beyond covid, and I want to use Ghana, the Gambia, and US as mere examples, but you can learn where your country is heading, should you help switch direction and how to avoid delays or confront excuses. Surrender or defeat is shameful and often in reluctance, so when you allow the defeated to dictate the timing to 'stop cruelty or war', then you may wait unnecessarily and disappoint some victims. The Ghanian activists were tamed with 'hope' and the world prematurely celebrated; such false hopes to delay freedom is from the playbook of slave masters in the US and others in history.

Words, laws, and actions are vital, but not equally. The words of Mummar Ghedaffi, claiming the Gambia as the 'Jamaica of Africa' was when Gambia's Marijuana laws were hardly enforced, and he assumed Gambia had the highest percentage of marijuana users in Africa then? Few decades ago, and up to present time, many institutions/surveys claim Ghana has the highest users of marijuana users in Africa, but does that mean Ghana enforces or jails like the US? Regardless of precise position, thousands of Ghanaians are in jail or prison, thanks to US pressure more than Ghanian media and people's inaction? Myself, Kofi Annan, and how many folks were partially right in understanding the US must soften its marijuana laws first before we can convince African leaders? We were wrong in not admitting we have some black devils in Ghana, the Gambia and beyond. African politicians fear international pressure, but also local pressure from the most vocal voters, who sadly sometimes think majority have the right to suppress minority?

I have no idea when Kofi Annan, of Ghana, considered the world marijuana laws as stupid and/or cruel, but he was wrongly with the world when he was the UN chief. After office and Portugal successfully decriminalized drugs, he and other leaders went to the US to appeal for change in marijuana laws and US media covered it. He skipped his home country and continent because he understood world politics. We crippled the US devils against Marijuana, but there is a difference between cripple, arrest, and kill. Although it is vital to study and confront the excuses of Biden, we must do similar in Ghana, the Gambia, and beyond.

Ghana's claim that they need over eighteen months to start giving hemp licenses is a crime allowed by the people of Ghana and media. The hemp association of Ghana and concerned Ghanaians must organize weekly/monthly physical and virtual protest until legalized in actions. Every Sunday or last Sunday of the month, thousands should gather, and millions wear some form of pro cannabis clothing. They should ask the Ghanaians in US, Canada, and other hemp legal places to send hemp seeds to relatives. They should tell the Ghanian government to understand the purpose of license is just for the beginning, but everyone has the natural right or license to farm hemp. They should tell Ghanian farmers to farm hemp with or without license, and use the courts where need be. They should consider a private bill that treats hemp as tobacco or alcohol, in regulations and twitched in time. Few days ago, I spoke to one of the leaders of Ghanian hemp association and I was shocked when he claimed the government is yet to issue any license. The license approach is just for government to pre-earn before taxes and to study how the anti-cannabis folks will react. Canada used the license approach to hemp because other forms of cannabis was illegal, and it would have been hard to police without limited licenses. Trump did similar in the US, but more to help US farmers manage Chinese sanctions and compete with Canadian farmers, who were taking billions from US. Ghana and other African countries were supposed to be smarter; they were supposed to ask $10 to $50 annual licenses to farm with precise location, and regulate it as adult farming and usage only, except permitted sick children. It should not take a week to write such a bill, unless you think the sick Ghanaians who need hemp are less valuable than other Ghanaians who may abuse loopholes before reforming laws? Calculate how much US or xyz hemp entered Ghana for the past 18 months, how much you could have made through licenses, export, less sick people, etc and a smart judge will rule the politicians are the criminals in suits or big gowns.

Last week, the spoke person of Gambia's anti Marijuana agency made dangerous appeal to escalate cruelty against Marijuana farmers, by seizing properties of not just farmers and dealers, but even landlords, through insinuation. It is a terrible appeal if it was secretly, but on TV means Gambians are under a serious test and silence means you support the probable effects beyond atom's weight, not just the claimed intentions. The probable effects mean family divisions, worse than tribal divisions, to satisfy the fear of cowardly people and greed of corrupt officials? It means conflict between the harmless and beneficial marijuana user in a compound where the owner or other residents will fear losing compound and wrongly fight even a marijuana patient? It means less privacy, that landlords must police tenants and imagine the possible conflicts? Above all, it means when the corrupt officials caught you with Marijuana, they can demand high bribes and ask do you want to give me quarter of your compounds' worth or lose it all to a judge worse than South African judges? They can tell you, don't you know you did worse than rape, if you raped your neighbor or your niece, I and the law can understand your nephew deserve a house; but you have a 'high potency' marijuana in a room other were not allowed to enter, so other family members should suffer and be homeless...

Misunderstood or misleading information was also fed to the public. He claims the 'skunk' they seized was high potency and meant against Gambian youths. Whereas such home grown marijuana with high tech and special strains are more potent, it does not mean it is more dangerous or people use such as other low potent marijuana. In reality, it is better to have high potency, it largely means less smoking. There is no evidence such high priced marijuana was for rich or poor youths, they usually sell to well off adult Gambians, visiting Gambians from the west, and sometimes to export. The raid was against a British and Senegalese national, and they can certainly sell it higher in Senegal or even Britain, Ghana, etc. It is very foolish to assume anything farmed in the Gambia is for Gambians, psychologically claiming it was for Gambian youths is just to appeal to the cowards who pray their children travel to rich places where cannabis is legal.

Legal cannabis can raise salaries, but some people are not sure their corruption money through criminalizing marijuana will be higher or lower. As activists, we risk being raided because we expose their lies and suggest ways to totally defeat them. This same agency was demanding guns to kill like the US based on mere suspicion. They claimed criminals are armed with knives, so they need guns? They failed to tell you they brutalize ten to hundred youths for every officer slightly hurt, or how many officers were hurt for the last fifty years versus youths over Marijuana arrests?

To those who care about the youths, why did he mention such small farms are worth millions? I suspect to suggest youths should consider such farms more than illegal and legal immigration, and learning fields with more prospects? He also lied the world is heading to seizing properties over Marijuana. That seizing was largely in US more than Canada, both of those countries have the fairly decent ones apologizing for even arrest over Marijuana. Very few countries followed seizing properties, and the Gambia has the law, but even questionable Barrow told them not to enforce such extreme laws he inherited. Such an officer is not just worse than Barrow, but imagine what they will advise the ministers and presidents? Ghanaians who respect Kofi Annan or have conscience must pressure President Addo and all players, supply Africa hemp or buy from US, or have our own hemp farms while fighting for legalization. May God bless Showlove Trinity: let's learn, let's Work, let's have fun.