Did Tsatsu Really Spot A Loophole ? 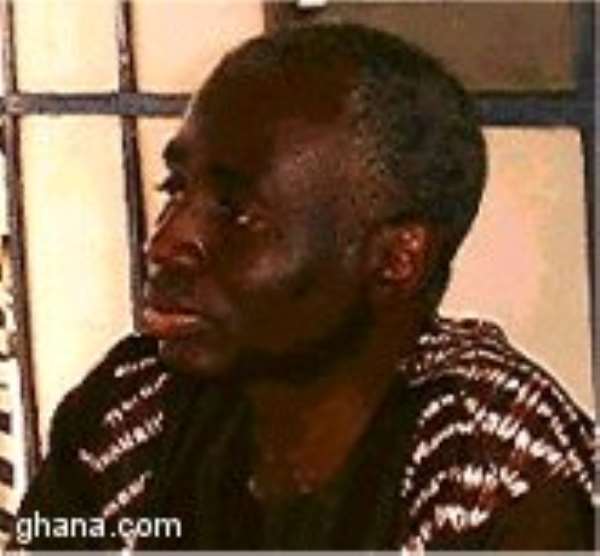 The recent showing of the former law lecturer and ex-chief executive of Ghana National Petroleum Company, Mr. Tsatsu Tsikata, has brewed a lot of speculations among the body politics of our people. Whilst some evoke his past academic records to explain the ease with which he picks on the issues and make a public spectacle of his legal opponents, others claim he was part of the team who drafted the constitution and knew the leeway the (P)NDC government allegedly created to circumvent any demand for justice on them. He is exploiting that now to his advantage, they conclude.

And now that the man has flexed his muscles again to bite yet another chunk, the old arguments against the procedures adopted for drafting the constitution have rear their ugly heads, threatening to damage the integrity and authenticity of the constitution thereby waning the people’s confidence in our democratic experiment. There is therefore no other reason why I have pulled out my pen, and have asked all progressive minded people of Ghana to put to eternal rest this danger. We must protect the document.

But first of all, we must note the following. No one can vouch for the Attorney General for his defeats at the courts. In that enviable position, it is his duty to scrutinise the constitution and identify areas of possible defect, then advise accordingly. And bearing in mind that a State Attorney, James Abeaduka, has been alleged to have drawn the A.G.’s attention to some flaws on one of the charge sheets, which he brushed off, how can we say he was hit at the blind side. Moreover, the 1992 constitution is not a document made exclusively available to Tsatsu, so as to hold sway the excuse that a legal luminary like honourable Nana Akuffo Addo was seeing it for the first time and needed time to also spot the ‘loopholes’. Let us not get confused, because it is not in line with jurisprudence to say that it is only those who drafted a law that are capable of the best interpretation of it. In any case, in a stable democracy, the laws are promulgated by the legislature and interpre! ted by the judiciary without recourse to consulting the framers to ask what a particular article or clause is intended to mean.

At this juncture, I would kindly crave for the indulgence of readers while we do a little but intensive probe into the drafting and survival of a constitution. By this sober exercise and a walk down memory lane, I believe we would be well disposed to appreciate the values of the 1992 Constitution, and help create healthy and stable social and political conditions for sustained socio-economic development and progress.

A constitution can be written like that of America and Ghana, or unwritten like that of Britain. As a document that sets the framework for all the laws, regulations and rules that govern the private and public lives of the citizens, the constitution represents the sovereignty of the people. It captures the values, hopes and aspirations of the citizen and emanates from their strong desire to leave together as a people in a society where peace and development is the hallmark.

In the light of the foregoing explanation, constitutional experts or lawyers could be assembled to write the laws for the people and ask the people to accept it or reject it in a referendum (not necessarily after they understood the contents), or the citizen represented by identifiable groups and institutions provides the inputs for a draft bill which is later cast in legal terms by lawyers. But quoting from Charles Beard, a great historian, we would realise that there is much danger in the first method more than in the second. Concerning the first method, he said, ‘the constitution’s lofty principles are little more than sophisticated masks behind which the most venal interests sought to enrich themselves.’

So we turn to the question whether truck pushers, tailors, shoes-shine boys and all manner of ordinary people are capable of articulating their needs and aspirations into a document that would become the supreme ruler of a civilised society. This is where I consult a document produced by the National Commission on Civic Education (NCCE) entitled WHY DO WE HAVE A CONSTITUTION to see how our 4th Republican Constitution came into being: Regional Political Fora The origins of the 4th Republican Constitution begun with the regional political fora organised by the erstwhile National Commission for Democracy (NCD) to find out from the people of Ghana what kind of government the country should have.

Discussions with a cross-section of Ghanaians were held in all the ten Regions of Ghana from July to November, 1990.

The ideas expressed at these fora as well as opinions received directly from other sources were at the end, put together by the National Commission for Democracy (NCD) in a Report entitled Evolving a True Democracy.

The main finding was that Ghanaians wanted a Constitutional Government based on the multi-party system. Committee of Experts Based upon these findings, the Government appointed a small group of people who had specialised knowledge in law, economics, government etc. to form the COMMITTEE OF EXPERTS. They were made to study the views expressed in the NCD Report and other past Constitutions of Ghana and elsewhere and to come out with suggestions for a new written constitution for the country. The committee of Experts presented their suggestions in another document entitled Proposals for a Draft Constitution of Ghana. Consultative Assembly Representatives of the broad spectrum of Ghanaian society called the Consultative Assembly was set up to draft the Constitution.

At the end of their deliberations, the Consultative Assembly produced a Draft Constitution for Ghana. Referendum

The majority of people voted to accept it. The Draft Constitution, therefore, became the accepted Constitution. As such it became the Fundamental Law of Ghana and, therefore, the basis of all the other Laws for governing the country.

Welcoming readers back from memory lane, I would like to ask if a constitution written by any means could ever come out right for the first time. The answer is NO. By 1971, the American Constitution had gone through its twenty-sixth amendment and several interpretations of its articles and clauses. In their book entitled American Government -– Freedom and Power, Theodore Lowi and Benjamin Ginsberg made the following assertions. ‘The Constitution has endured for two centuries as a framework of government. But it has not endured without change. Without change, the Constitution might have become merely a sacred text, stored under glass. Its provisions would have been, in the words of Alexander Hamilton, pure “parchment provisions…… unequal…… to a struggle with public necessity.” If a constitution is to be an effective restraint on power, its provisions must transcend today’s interests competing for short-run gain. But, paradoxical as it may seem, a constitution must change if i! t is to remain the same. The constitutional framework must be resistant to manipulation by today’s groups, parties, and coalitions – yet it cannot be irrelevant to their needs.’

From here, we can confidently say that our constitution is not different from all other constitutions of the world. What perhaps is needed is amendments. That is why we must count ourselves blessed to have a person like Tsatsu Tsikata who is bold to identify the ‘loopholes’ for subsequent amendments. The important thing is that, by now, the two major political parties in our country, the NPP and the NDC, have no bones to pick with each other on whether our constitution should be amended or not. In the past, when the NDC government made some moves in that direction, the NPP, then in the minority, claimed the constitution was not old enough to be amended. Maybe we have to agree that the document has now developed the nerves and muscles to survive an operation in the hands of our parliamentary surgeons.

Before I sign off, I beg to make one more point. It is important to note that laws in general are enacted to cater for matters of today and tomorrow. And looking at the fact that the articles and clauses must cover all the controversial aspects of human life, there is no other best way than to capture the law in broad words. As such it behoves our Supreme Court Justices to stand up to the challenge of providing the linkages and synchronisation needed for strengthening our constitution like Systematic Theology does for the Bible by bringing the bits and pieces together.

So, why should Mother Ghana not bring forth more of the Tsatsu Tsikatas to spot more of the so called ‘loopholes’ for us to fill.