The Smoothness Level of Sam Payne 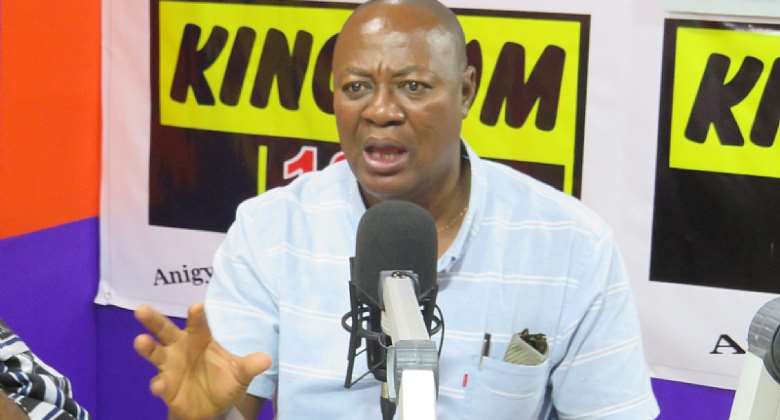 This week, I was sandwiched between writing about the confirmation of the District/Municipal Chief Executives and the senseless decision to buy a “bigger” Presidential Jet. When you listen to the reasons given by the NPP to buy the jet, including Nana Addo has gained weight, Nana has grown taller and Nana wants to bath in the air, you ask yourself if God was sleeping when he created these current NPP folks. Since the silly reasons for buying the jet is a running story, I decided to write about the confirmation, with sharp focus on Ashanti Region.

Hon. Samuel Payne, the current Ashanti Regional Secretary of the NPP thought his confirmation was a done deal until he started counting his votes and realized that he didn’t have enough. He then called for the postponement of his confirmation to October 5, when Nana Addo will be in the region.

The problems of the confirmation of Sam Payne brings the neglect and rejection of the NPP and Nana Addo in Ashanti Region into focus. Sam Payne has defended this neglect of the NPP on radio stations and on TV by saying the NPP has built 3 school buildings at Kumasi Anglican Secondary School, where he teaches.

Now the judgment debt is GHC50 million and KMA wants the government to own it before they will confirm Sam Payne. Has Sam Payne now seen his smoothness level? Has he now realized the cry that his party and his government has neglected the Ashanti Region?

We were told that the nominations for the DCEs and the MMCEs were taking too long because the government was doing broader consultations to ensure smooth confirmations. The aftermath of the nominations has brought out the lies and criminalities of the government. If these same people tell you they are going to build 111 hospitals in one year, should you believe them?

The DCEs and MMCEs who got 100% approval were Assemblies where less than 20 people voted. Those assemblies where the voters were more than 20 have seen a lot of rejection. Ghanaians have started to say the NPP Assembly members are doing far better than the NDC Parliamentarians. Lol.

As the rejection of Nana Addo’s nominees continue to grow, the leadership of the NPP are telling their members that developments are stalled in their area, so long as they reject their nominees. So now, the NPP has realized that developments stalled in the districts as Ghanaians waited nine months for just the list to come out? These people are without principles.

Since the controversies surrounding Sam Payne’s confirmation started, he has gone into hibernation. He has now seen that the NPP and Nana Addo have not done much in Ashanti Region. In future, when he gets the opportunity on radio, he should admit how his party has failed the people of Ashanti Region. He should also admit that once the reality on the ground confronted him, he saw his smoothness level.

COVID-19: Government to announce more measures ahead of Chri...
51 minutes ago