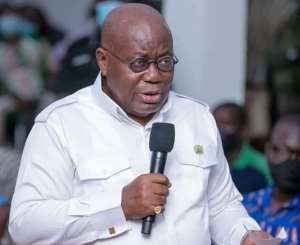 President Nana Akufo-Addo has appealed to assembly members of the Kumasi Metropolitan Assembly (KMA) to rescind their threat to reject the MCE nominee for Kumasi, Samuel Pyne.

Speaking on Kumasi-based Pure FM, the President said it wouldn’t be fair to make Mr. Pyne “a victim of the past.”

The KMA Presiding member, Stephen Ofori, in earlier interviews with Citi News, reiterated that the assembly members have resolved to reject the president’s nominee if a long-standing debt of GHS50 million owed by the Assembly is not cleared.

But President Akufo-Addo retorted that “I don’t see how they are going to hold up Kumasi from getting a proper executive because of the past. I don’t think that is far. That is not the way to go about it.”

He instead urged the assembly members to ensure Mr. Pyne shows a commitment to deal with the debt.

“That will be the proper way to go. If they feel he is worthy of confirmation, let him make it clear to them that his number one item on the agenda will be how to arrange with the government to repay the debt.”

President Akufo-Addo also said the Local Government Minister was looking into the circumstance that led to the debt.

“He will prepare a brief for me in the course of time… if KMA is in debt, we have to find out how KMA couldn’t pay.”

The concerns over the debt emerged after the Kumasi High Court granted an order to FREDCO FD Company Limited, a subcontractor of the KMA, to sell the Assembly's administration block to defray a judgment debt of almost GHS 50 million.

The company, in 2016 obtained a similar order and attached three vehicles of the KMA, and warned it will go for more immovable properties of the Assembly if the amount from the sale of the vehicles was not enough to defray the debt.