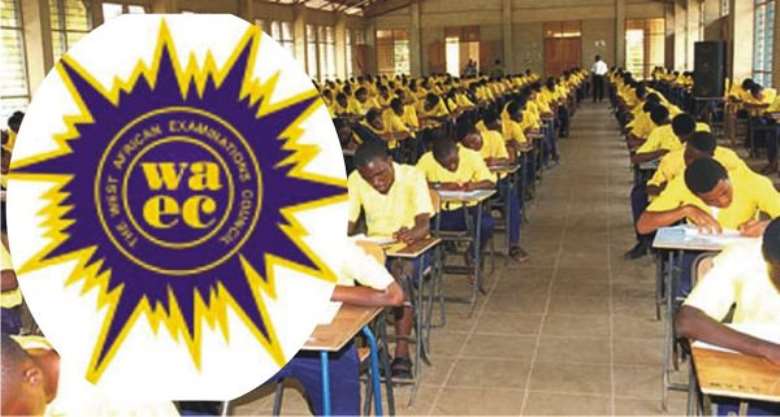 The paper which was written today, Monday, October 4 was allegedly leaked before midnight of Sunday.

Speaking to Israel Laryea on Joy News’ AM Show on Monday, Mr. Asare said all the papers written so far in this year’s WASSCE exams were leaked, calling for redress to the mode of examination in the country.

All the leaked papers, he alleged, were forwarded to people who paid a fee to some agents.

“The latest one came around 4am, and that’s the physics paper that eventually was rescheduled, and Business Management.

“This social studies paper has been put on our platform, which is our strong room where we have a journalist from Multimedia, a police officer, a lawyer and everybody there sees as we mobilize questions from about 18 platforms and put it there,” he stated.

He revealed that his outfit has joined several social media platforms where the ‘WAEC Goro boys’ send the questions to interested persons for Ghc30 fee.

Mr. Kofi Asare noted that his outfit has reported the several leaks to the Ghana Police Service's cybercrime unit for further investigations.

“We can only hope that the action is expedited but apart from law enforcement, my brother, we need to agree that we need to change the system that WAEC is operating.

“WAEC as an agency has no regulator. If WAEC had a regulator, it wouldn’t have been for WAEC to admit that my questions leaked. No. It would have been for the regulator to respond to the interested groups like Education Watch that, per your submission to us, we can determine that the questions really leaked and that the examination conducted by WAEC did not meet the standards of international assessment,” he stressed.