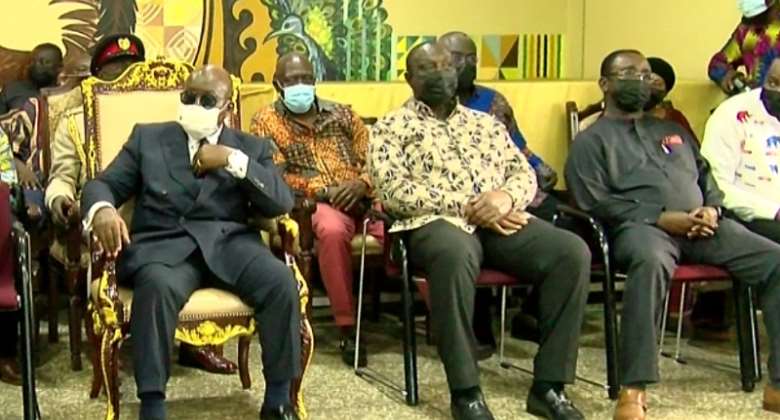 The Editor of the Daily Dispatch, Mr. Ben Ephson is asking President Akufo-Addo to sack Alan Kyerematen and Owusu Akoto Afriyie from his government over their presidential ambition.

The President last Friday while introducing the Trade Minister and the Minister in charge of Agriculture to Asantehene Otumfuo Osei Tutu noted that they both aspire to have his seat.

“Asantehene, allow me to introduce my team members. Here is your grandson, Dr. Afriyie Akoto, my Agric Minister who wants to become the President. Nana, this is Alan Kyeremanten, he has been vying for my seat for a very long time, a very workaholic Minister,” President Akufo-Addo said.

Recollecting how President Akufo-Addo allegedly sacked Joe Ghartey from his government on the back of an admission that he wants to become President one day, Ben Ephson says the same treatment should be given to Alan Kyerematen and Owusu Afriyie Akoto.

“The President had said that he will not allow people to be ministers and still campaign to be president and that rule affected Joe Ghartey,” Ben Ephson told Starr FM in an interview on Monday morning.

According to the pollster, Dr. Afriyie Akoto cannot become president even if he wins the primaries of the New Patriotic Party (NPP).

He argues that it is unlikely Ghanaians will vote for a 75-year-old to become President again.