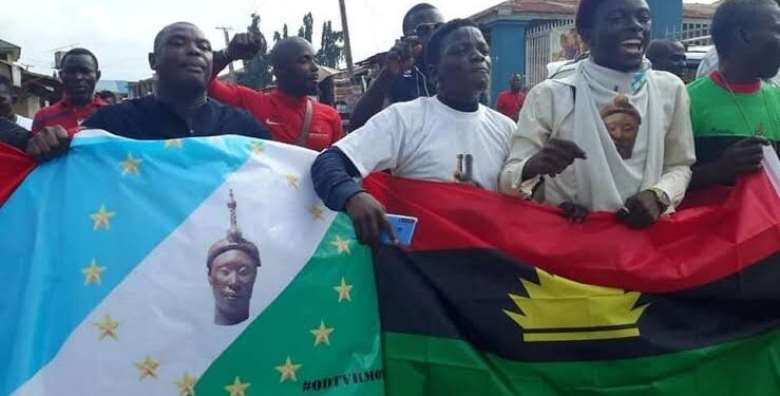 I write you this letter with a lot of constraints because, like many other elders of Igbo land who fought on the side of Biafra during the Nigerian civil war, many of us are not happy with what our youths seem to be making out our Igbo land to stand for in recent times. A situation where innocent Igbo men are mindlessly gunned down and murdered by their fellow Igbo men in cold blood is certainly not acceptable because it is certainly giving the world the wrong impression of the struggle.

When this spate of violent gunning down of fellow Igbo happens, a lot more consequences follow in their wake. First is that it casts a strong, long and dark shadow on the objective of the struggle because one would want to ask: what were the crimes of those murdered in cold blood and where does that keep their families? One would want to ask: is this what Biafra would look like if and when it becomes an indisputable reality?

To that extent, it was quite assuaging that the youth wings of the Christian Association of Nigeria and the National Council for Islamic Youth Organisation have appealed to the authorities of the Indigenous Peoples of Biafra (IPOB) and other secessionist groups in Nigeria to sheath their swords and reconsider their stance in the frequent senseless killings across the southeastern and the northern states that are fast becoming daily rituals.

It was equally encouraging that in unison they stressed the need to end the killings across the country and insisted that the youths must explore dialogue in resolving the challenges that faced Nigeria. That the groups are organizing a National Peace Youth Summit by the second week of November to address the grievances and agitations is obviously a step in the right direction. Whether the government will give them a listening ear or not is another narrative, but one that will definitely propel the youths to “the next level”.

Interestingly, it is going to be the first of its kind in Nigeria designed to create an all-inclusive and interactive platform anchored by youths in the country. IPOB leadership should please give these fellow youths a listening ear because nations are never built overnight. It could take centuries. It could take generations. But most important it will take the will of the people.

As the National President of National Council for Islamic Youth Organization, Sani Suleiman has rightly noted, the journey to Nigeria’s 61st independent anniversary had indeed come with difficulties. This is why some of us Igbo Elders in the Diaspora are joining hands with him to urge Nigerian politicians across party divides, to begin to engage the youths at the grassroots levels on the consequences of violence.

The idea of young-adults convening a National Peace Youth Summit is indeed a very thoughtful development and most of us elders of Igbo land believe that if the youths of Nigeria could come together and stand shoulder to shoulder to protest against police brutality during the EndSARS protest, they can do it again and again in expression of their frustration and disgust with the state of the nation.

But some of the recent ugly events in the southeastern states have undoubtedly thrown an open challenge to organization of the IPOB, as the youth wing of Ohaneze Ndigbo.

One important factor the youth leaders should bear in mind is that if the organization’s hierarchy is not properly articulated, power-hungry youths who find guns in their hands are likely to misuse them to create fear among the people, hoping that this is what it takes. But the truth is that creating a condition of fear among a people in order to “unite” them is just like enslaving the same people you claim to be delivering from injustice and slavery in a country that is riddled with insecurity. There is nothing as awful as being made to fear your kinsman as a member of your own “one family” in the name of unity, believe you me. 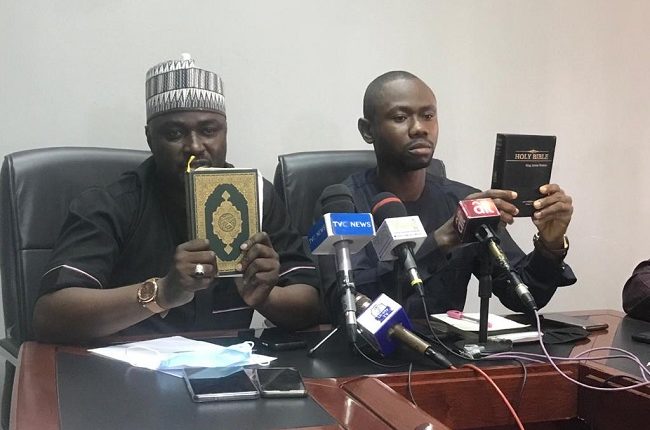 To that extent, it is important that IPOB young enthusiasts are educated to know that even if IPOB ordered a sit-home for every Igbo in the Southeast for any reason, that order should exclude essential workers like doctors, nurses and journalists who are expected to report the level to which the order was complied with. And their report is important because it should enable IPOB authorities to know how to re-strategize in their future communication and engagement with their fellow Igbo people whose interest they fight for, if the need ever arises.

The leadership of IPOB would need to have a true understanding of the real mind of Igbo people about this entire struggle. If they give an order to stay home, for instance, they should monitor the number of obedient Igbo who stayed home because they needed to obey the call of their youths – and the disobedient ones whose businesses might appear to be more important to them than the future of their children and children’s children. In that way, the leaderships would know whether or not they are truly representing the peoples’ interest and if the struggle has the backing of most Igbo people. It should not call for the use of force at all. It can only call for intelligence gathering.

So, if the IPOB should face the propaganda front, like keeping alive in the minds of the Igbo all the sufferings they have been through from 1966 till date, all the deprivations and all marginalization and the need for a better bargain, the people should be able to stand by them in the knowledge that these are their youths fighting for a better future for them, their children and their children’s children. They would obey any meaningful order from IPOB, naturally. So, there should be that understanding bearing in mind that nations are never built overnight and that the union of different tribes into one country should never be by force. It must be subject to negotiation in a democracy.

This is a critical step in the operation of the organization and the level of trust the state and federal governments will have in its purpose. And IPOB leaders at every level must take responsibility for anything that goes wrong in their territory, like the sad and senseless recent killings of innocent Igbo men in Enugu and Anambra states.

The needless waste of lives in the Southeast has indeed become a matter of grave concern to many of us who served in the Biafra Army during the Nigerian civil war. Today, the youths of Igbo land are killing their fellow Igbo for no reason at all, so much so that their sons who live overseas now find it difficult to return home. No one knows what could happen next. Some of them stop in Lagos and if their relations or friends wanted to collect what they bought for them, they had to travel to Lagos. Everybody is living in a state of fear. We need to redress this trend because it casts a long dark shadow on the essence of the struggle.

When killings become this rife and the impression is given that human life has become so worthless in the perception of Igbo youths of the southeast, the economy of the region suffers. Investors find it difficult to invest, whether they are indigenous or foreign investors. Work becomes difficult for the youths to come by and so on. That is not good enough for the Igbo. So, IPOB should take a lead position in the November meeting among Christian and Moslem youths. They might still find a key that would unlock the door.

'We will stand united to oppose e-levy' – Haruna Iddrisu but...
10 minutes ago