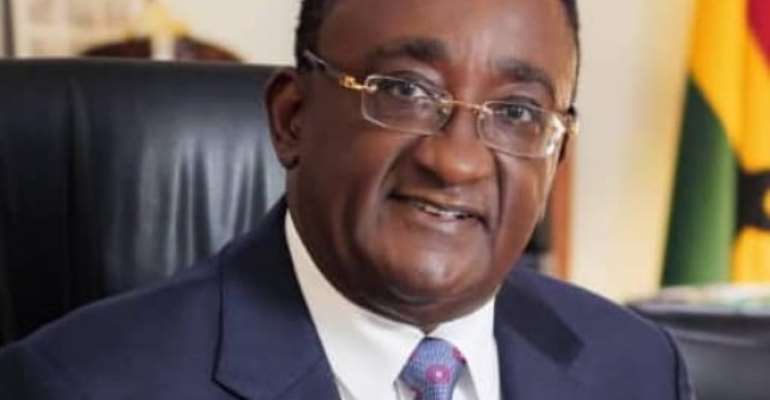 Government has maintained the price it pays cocoa farmers at GH¢10,560 per tonne despite a slump in the terminal cocoa market due to Covid-19 pandemic.

The price, which takes effect from Friday October 8, represents 87.15 per cent of the Free on Board value and translates into GH¢660 per bag of 64 kilogramme.

Dr Owusu Afriyie Akoto, the Minister of Food and Agriculture, who announced the price after a meeting of the Producer Price Review Committee, said keeping the farm gate price at the same level as last year showed the government's commitment to sustaining the interest of cocoa farmers and to improve their well-being.

" The producer price of cocoa was maintained when all cocoa producing countries are contemplating a reduction in their farm gate prices following a slump in the terminal cocoa market as a result of the Covid-19 pandemic," he said.

The Minister said through the Ghana-Cote d'ivoire Initiative, the two countries had implemented the Living Income Differential, which is helping to improve the welfare of cocoa farmers.

He said the government would implement the Cocoa Farmer's Pension Scheme in 2021/22 season to ensure a sustainable livelihood for the farmers after they retire from active cocoa farming.

The Minister said to allow farmers to enjoy the full benefits from their investments, the government had introduced a uniform non-adjustable electronic weighing scale for cocoa purchases with effect from October 8, 2021.

"The scale has been certified by the Ghana Standard Authority and has been ascertained to conform to mandatory requirements.

Cocoa buyers cannot adjust the weighing scale after it has been calibrated and sealed by the Ghana Standards Authority," he said.

Dr Afriyie Akoto urged the Licensed Buying Companies to cooperate with the Ghana Standards Authority to set up the scales and use them to weigh the farmers cocoa.

The committee also approved the rates and fees for all other stakeholders in the supply chain, including the Buyer's margin, Hauliers' rate, warehousing and internal marketing costs as well as fees for disinfestation, grading and sealing and scale inspection.