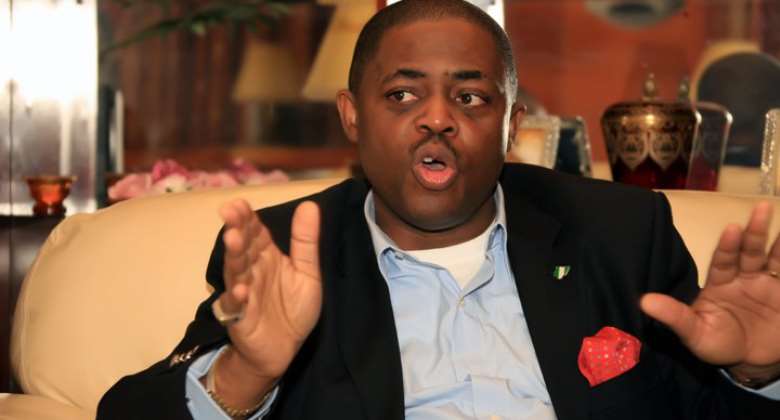 Femi Fani Kayode, Nigeria’s former Minister of Aviation is coming to replace Lai Mohammed, Nigeria’s Minister of Information in a move I was told involves four APC Governors of northern extraction., which his friends in the APC wants to use to give President Muhammadu Buhari a more robust acidic defense ahead of 2023.

In the thinking of those potting to hoist Fani kayode on Nigeria’s information space, he can also be used to replace the President Buhari’s Special Adviser on Media, Femi Adesina or Senior Special Assistant on Media, Garba Shehu while these men will be redeployed to new assignments.

According to a sources close to one of Fani Kayode’s ‘Brother ‘Governor, the new cabinet reshuffle President Buhari is scheduled to announce soon will rejig the information management system of the presidency.. The plot is that if the resistance to his appointment becomes too much, a public space will be created for him.

The move to bring in Fani Kayode is also to pave way for the decamping o f Ex-President Jonathan, whom in their secret calculations will face barrages of campaign of calumny from both the Tinubu camp in the APC and the vocal Atiku , Wike PDP base propaganda. They believe that a man with acidic mien like Fani Kayode will do justice to all the criticisms both Buhari and Jonathan will face in the build-up to the 2023 elections.

Some party chieftains in possession of this plot are already kicking against it, positing that Fani-Kayode is more of a liability than an asset. A party chieftain who asked my opinion got rattled by my response.

With probably Lai Mohammed being sidelined in information management, those who have called him a liar, will soon see a new twist of misinformation. Few weeks ago some clerics in Pentecostal Fellowship of Nigeria PFN called me and complained about Garba Shehu whom they accused of spewing garbage. In Abuja, many clerics of Christian origin have also variously described Femi Adesina as a sell out who have already sold Jesus Christ to Islam, despite being a pastor. I have variously explained to the concerned clerics that the job of defending any sitting president in Nigeria is never a palatable one. . Already forces within Government House Ilorin are already jubilating at the prospects of shoving off the ‘meddlesome Lai Mohammed’ from political relevance.

Yesterday, I told some clerics complaining about Lai Mohammed, Femi Adesina and Garba Shehu to wait until FANI Kayode takes over the job of information management in any capacity and they will be too speechless to complain again

Vintage Fani Kayode will curse, fight, shout, quarrel and deploy police, DSS in the course of his duty. His penchant for using police and DSS to settle minor household quarrel will be brought into the fray. He will argue ridiculously and fabricate the unthinkable in the defense of his master. By the time he takes over the information management space, sane persons will wish that Lai Mohammed, Femi Adesina and Garba Shehu continue their assignments.

Personally, I do not believe that Lai Mohammed is a liar as many clerics and activists have told me. Neither do I believe that Femi Adesina have sold Jesus Christ because of his letters defending Buhari, nor do I believe that Garba Shehu is pursuing any Islamic agenda. These men have not managed Buhari’s information any worse that Professor Jerry Gana, Dr Doyin Okupe, Mrs Remi Oyo, Dr Segun Adeniyi nor Reuben Abati. They have used almost the same template from Obasanjo years in their information management. The only exception will be Fani Kayode, he will be too vitriolic and acidic, almost employing the same tactics of his godson Nnamdi Kanu, whom he has abandoned in DSS cell, to dine with Pantami, Akume, Orji Kalu and all APC politicians in town, the same enemies they criticized just recently.

When he was media aide to Obasanjo, he abused Chinua Achebe, celebrated novelist, for rejecting the ex-president’s CFR National Award, and accused him of being unworthy. He elevated Buhari’s certificate saga to a ridiculous height in 2015, suggesting mockingly that northerners have no educational qualifications. This over bloating of the certificate scandal made former President Babangida day to the election to question why a man who went to Sandhurst Colege UK, will be deemed certificate-less. He decided to switch support for Buhari to protect the integrity on Northern educational standards. The switch by IBB also helped in the Buhari campaign.

Fani Kayode once said that Buhari is evil, wicked, demon, satanic and should rot in hell forever. He described him severally as Islamic terrorist, blood sucking, sick, dead and corrupt. Soon, the people to be so described will be the opposition a, including opposition elements within the APC.

Though he instigated the IPOB faithful to see Buhari as evil, wicked, anti-Igbo, and causing thousands of IPOB youth to take arms against security agencies, he will soon make a u-turn and reserve worst words for Kanu, Igbogho and followers of Biafra, Yoruba secessionists. Lai Mohammed, Femi Adesina and Garba Shehu can never be bestial in their defense or attack of anybody.

I do not care whether they ask Fani Kayode to become Minister in Buhari’s government. Just like Governor El-Rufai said, those who drafted him to APC knows their game plan and Buhari who forgave him also has his own dispositions, however, I have already voiced my views about his defection in the piece titled ‘Fani-Kayode’s Treachery and IPOB’S Naivety and Pantami’s Porridge’ and a follow up titled ‘Fani Kayode, Pantami’s Soup Pot and Christianity Evangelism’ where I expressed disgust that a man who caused Igbo youth to hate Buhari, Fulani, Hausa, Islam and anything North will be dining with the same persons he caused Igbo Youth to hate. I cannot understand why a man who goaded Nnamdi Kanu into DSS custody will be dining with the enemies of IPOB.

Let FFK not manage the information space. I am voicing it out as a Buharist and APC sympathizer, They can send him to Ministry of Disaster Management to take care of IDP Camps or Nigeria Ports Authority NPA to decongest the ports or Ministry of Labour to face striking doctors and lecturers and fight it out with them. . Some Aviation Ministry staff said while he held sway as Minister, he showed some levels of skills.

I want to caution that Fani Kayode’s mouth can cause civil war. It can cause social unrest. Those who are bent on hoisting Fani Kayode on our information space should beware. I advise those planning to replace Lai Mohammed with Fani Kayode to look for another appointment for him-Nigeria is too much at a brinks of civil war to afford Fani-Kaode’s acidic vitrolics.