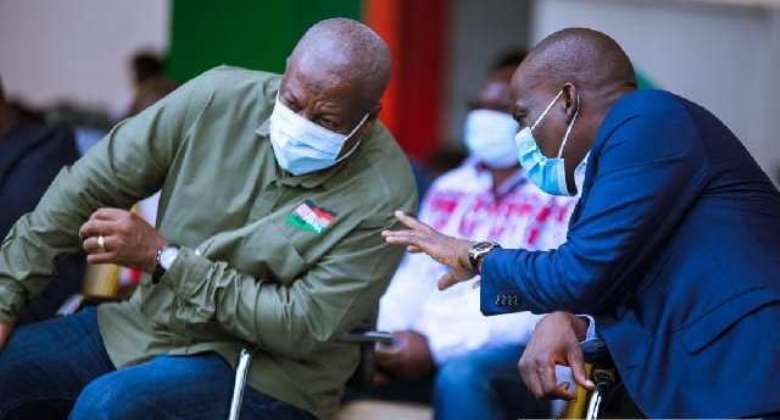 Minority Leader, Haruna Iddrisu has called for vigilance from all followers of the National Democratic Congress (NDC) in the next general elections.

According to him, any party follower who desires to see ex-President John Dramani Mahama becoming President again must endeavour not to be interested in taking pictures with him but rather be determined to police the ballot when the time comes.

“It is not about running to take photographs with him thinking that is how you are contributing to the success of the NDC, I don’t think going to take pictures with him means he has won. I think we should go back to our roots as NDC with operation win your ballot box,” Haruna Iddrisu said in an interview on Citi TV.

According to him, the NDC in 2024 will not relent in its efforts to win back power from the ruling New Patriotic Party (NPP) government.

The Minority Leader insists that the NDC will work to secure the needed wins at the various polling stations to ensure Mr. John Dramani Mahama becomes president again.

“The NDC will call for greater transparency, especially at the collation of the results. Zero-tolerance for 2024 will be our declaration, and we will police the ballot.

“I always say that for persons who love President Mahama and want his return just as I want, go to your polling station and make sure he wins. Nothing more. If he wins at the 33,000 polling stations, he will be the next President of the Republic”, Mr. Haruna Iddrisu added.

Planting for Food and Jobs failed due to poor implementation...
58 minutes ago