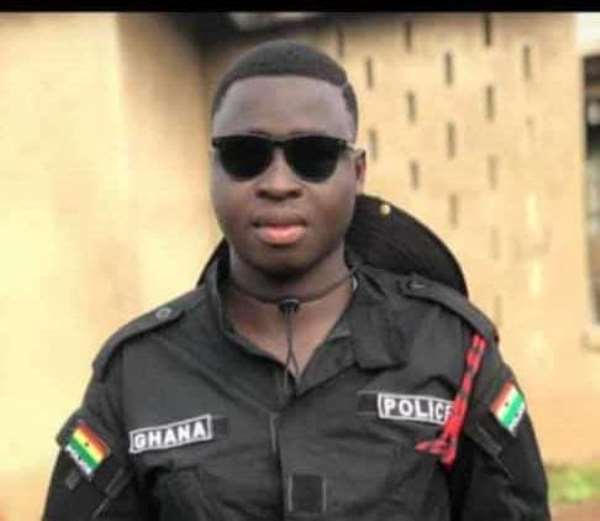 The entire police service is mourning the death of one of its officers, Constable Ernest Newton Dwamena, who died on Wednesday, September 29, 2021.

The officer, who was with the Regional Operations Department of the Savannah Regional Police Command was said to have been knocked down by a truck while at his duty post at Buipe.

“Sadly, Constable Ernest passed on today Wednesday, 29th September, 2021 whilst on official duty at Buipe. A truck driver lost control of his vehicle and crashed into him, killing him on the spot. Like other police officers, Ernest said goodbye to his family and left for duty hoping to see them after the close of work but unfortunately met his untimely death due to the nature of our work. Like other fallen colleagues, his name will be engraved in gold on our hearts,” the police said in a statement.

Meanwhile, the Savannah Regional Police Command led by DCOP Ebenezer Larbi has visited the family of the late Ernest Dwamena at Kintampo in the Bono East Region to commiserate with them.

The Ag. Inspector General of Police, Dr. George Akuffo Dampare, also reached out to his parents via a phone call and extended the condolences of the Police Administration to them.

Police say they will thoroughly probe the circumstances leading to his death and take appropriate actions.