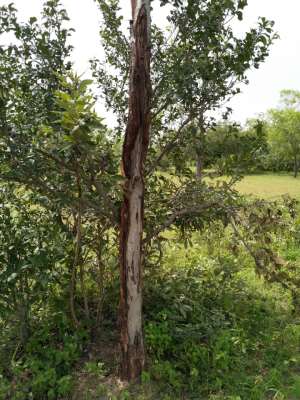 Municipal and District Assemblies (MDAs) in the Upper East Region have been advised to replicate the Farmer Managed Natural Regeneration (FMNR) in their various areas of jurisdiction as part of efforts to help support the government’s agenda of Greening Ghana.

A Research Scientist at the Council for Scientific and Industrial Research- Forestry Research Institute of Ghana (CSIR-FORIG) in charge of the Savannah Research Centre, Dr Stephen Edem Akpalu gave the advice in an interview with ModernGhana News in Bolgatanga in the Upper East Region.

Dr Akpalu said, FMNR was introduced by World Vision in the Talensi District, in 2009 with five pilot communities, and extended to many other communities in subsequent years.

Upon monitoring within three years, he said, some of the tree species started producing edible fruits, fodder for livestock feeding, shade for both man and livestock, fuelwood, and other tree products.

The Researcher indicated that, some animal species, especially rabbits, that were hitherto, very rear to find in the area, begun to return to their habitat as a result of the fast regeneration of the vegetation.

Dr Akpalu further explained how the FMNR helped change his earlier perception of slow tree growth rates and the high cost involved in establishing tree plantations or greening the Upper East Region and for that matter, Ghana as a whole.

According to him, FMNR is the way to go as far as returning the vegetation to its former nature is concerned.

He stated that, during his monitoring visits, he has seen a tremendous recovery of the vegetation in the area.

World Vision's FMNR has since moved from the Talensi District to the Kassena Nankana East Municipality and the Bawku West District.