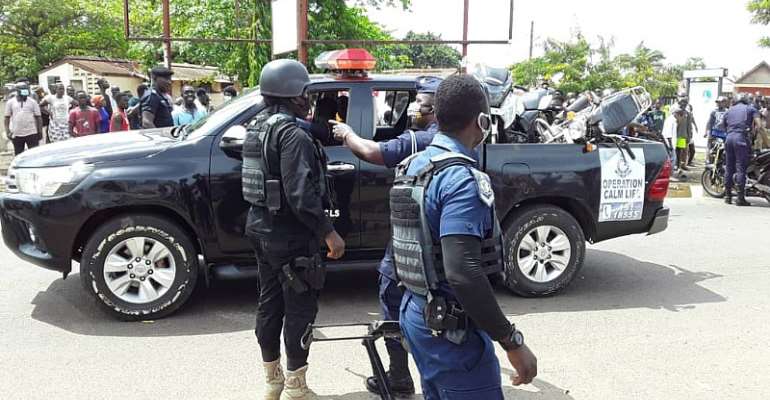 The Ashanti Regional Police Command has confirmed the arrest of over 300 suspected criminals after swoops by the various Police Divisions in the Region.

Earlier this year, the Command supervised several operations to hideouts of criminals to ensure their arrest and prosecution.

Through those operations, over 500 persons were apprehended with those culpable put before court to face sanctions.

While others were remanded, some were granted Police enquiry bail and had to occasionally report themselves.

Continuing its efforts to fight crime in September, the Ashanti Regional Police Command has said it has now arrested 396 suspected criminals in the last 14 days.

“Between September 14 and September 28, the command decided to continue that exercise and just today we have been able to arrest 396 suspected persons who are aged between 17 and 55 years. They are assisting in our investigations. They were rounded up in various swoops within the 15 Police Divisions in the Region,” ASP Godwin Ahianyo who is PRO for the Ashanti Regional Police Command told Citi FM on Tuesday evening.

According to him, the Police in the Ashanti Region has subsequently intercepted over 700 motorbikes.

ASP Godwin Ahianyo explains that the focus on motorbikes has become necessary to particularly tackle robberies.

“We were able to intercept 793 motorbikes. They are in our custody and what we are going to do now is to ask the owners to produce their documents covering the motorbikes for inspection and verification. We are just doing that to ensure that our resolve to curb crime in the Region is brought to its minimum,” the PRO of the Ashanti Regional Police Command added.

Meanwhile, the general public is being encouraged to provide any information that will help the police to arrest criminals as it intensifies its effort to keep everyone safe.