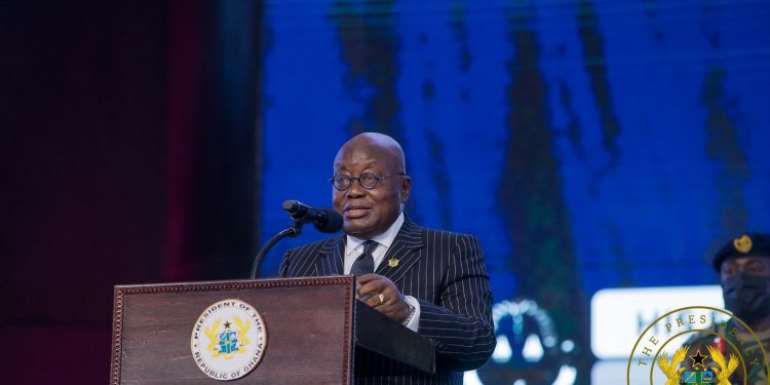 President Akufo-Addo has begun evaluating his ministers six months after they assumed office.

The evaluation by the President forms part of efforts to examine their performances as against their programmes for the rest of the year.

The Director of Communications at the Presidency, Eugene Arhin made this known during a press briefing on Monday, September 27, 2021.

He said at least 14 ministers have already met with the president and the rest will be meeting with him within the week.

“The first is to assess their work programme for the remainder of the year and secondly to discuss their budgetary requirement ahead of the reading of the budget for 2022… Also, [it is] to ensure that they continue to be in tune with his agenda for the second term of office,” he said.

Some of the ministers that met with President Akufo-Addo on Monday are the ministers for Trade and Industry, Energy, Employment and Labour Relations, Fisheries and Aquaculture, and Youth and Sports, Local government, Parliamentary Affairs and Chieftaincy and Religious Affairs.

“In the course of the day [Monday] he is expected to meet the ministers for Information, Attorney General, Gender, Children and Social Protection, Lands and Natural Resources and these meetings would be concluded tomorrow [Wednesday],” Eugene Arhin said.