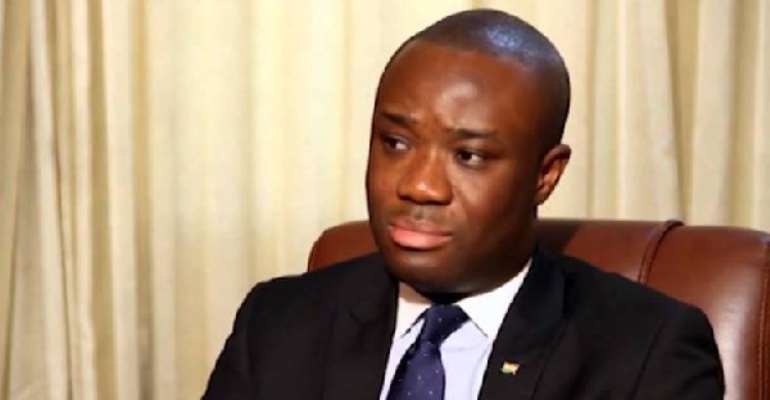 A former Deputy Minister of Information, Felix Kwakye Ofosu has claimed that the decision by the government to purchase a new presidential jet is to satisfy the creature comfort and lavish taste of H.E Nana Addo Dankwa Akufo-Addo.

This comes after the Director of Communications at the presidency, Eugene Arhin disclosed that the government is in the process of purchasing a new aircraft for the country.

“You would recollect that when the government of President Kufuor left office in 2008, it had procured two jets – the current Falcon and a bigger one, but for one reason or the other, the bigger jet was cancelled, and we were left with just one.

“That has happened, but you will recall that the Defence Minister stated clearly that the government has decided to buy a bigger jet to save us from all these troubles,” Eugen Arhin told journalists at a press conference at the Jubilee House on Monday.

Having cited the news, Felix Kwakye Ofosu has through a post on his Facebook page shared his thoughts.

According to the former Deputy Information Minister, the latest move by the government will only add to the wasteful handling of the country’s scarce resources by the ruling government.

“So we have woken up to news that the Akufo-Addo/Bawumia government has every intention of plunging deeper into ostentatious, lavish and wasteful handling of scare national resources.

“They want to go one better by buying a new, bigger and more luxurious jet to satisfy the creature comfort and lavish taste of the President,” Felix Kwakye Ofosu has posted on his Facebook wall.

The post adds, “At a time of such economic difficulties and hardships for the ordinary Ghanaian, millions of whom remained unemployed and can barely make ends meet. And a time when we have a relatively modern and comfortable Presidential jet.”

Meanwhile, the Member of Parliament for North Tongu Constituency, Samuel Okudzeto Ablakwa has emphasized that the minority in parliament will reject every move by the government to purchase a new presidential jet.

He argues that the current presidential jet is in good working condition and hence must be used.