War devastates the lives of children: what the research tells us, and what can be done 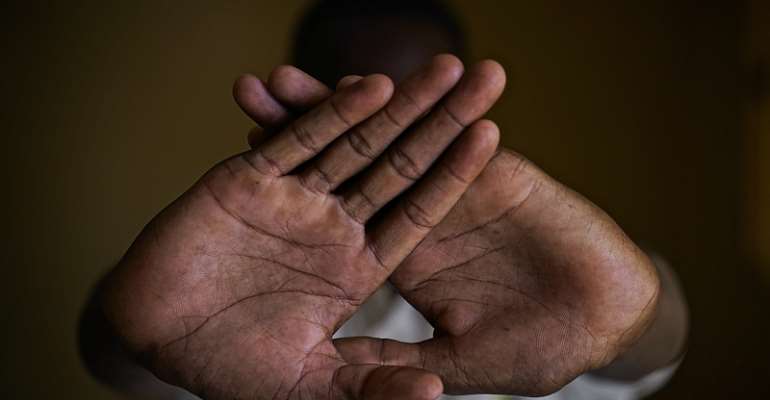 Amnesty International published a report recently on the situation in Niger that highlighted the devastating consequences of war for children. In Niger's Tillabéri region, hundreds of people have died or fled their homes, and food reserves and livestock have been attacked. Armed groups in this region, such as the Islamic State in the Greater Sahara and the al-Qaida-affiliated Jama'at Nusrat al-Islam wal-Muslimin , are increasingly targeting children.

As the report states, many Nigerien children have been killed, deprived of the opportunity to go to school, or forcibly displaced. Young boys are increasingly recruited to be soldiers, while girls in some areas of the region have faced restrictions on their ability to leave the home and, at times, have been forced to marry fighters. According to Amnesty International, Niger is at a precipice : an entire generation of children is growing up surrounded by death and destruction.

Read more: Why we did it: the Kenyan women and girls who joined Al-Shabaab

Niger is not unique in this sense. In many conflict areas, children are especially susceptible to the effects of war. In 2019, researchers at the Peace Research Institute in Oslo estimated that almost two thirds of the world's children were living in a conflict-ridden country. They also estimated that more than 415 million children – over one in six – were living less than 50km from where the actual fighting took place.

The impact on children

Psychologists have emphasised that the exposure to war during childhood and adolescence can pose serious mental health risks and can negatively influence a child's development. They have frequently demonstrated that children involved in war often experience symptoms of trauma and distress; they have nightmares, have problems concentrating, are extremely fearful or experience high levels of anxiety.

The severity of these potential mental health issues depend on many factors, such as the type of violence a child is exposed to or how often they have experienced potential traumatic events.

Economists, sociologists, and other social scientists have emphasised that growing up in a conflict affected area can also indirectly harm children. For example, war often disrupts and destroys children's education . Schools are attacked, teachers disappear, and children are often prevented from attending school out of fear of recruitment or violence.

Research has highlighted the adverse impact of conflict exposure in terms of reducing the numbers of years spend in school. These effects have been shown in turn to impact considerably future life prospects of affected children: children exposed to war experience greater reading problems, have less access to the labour market, are less likely to find high-skilled jobs, and will earn significantly less than those children that were not exposed to the war.

Given these negative consequences, it is not a surprise that Amnesty International has called for urgent action by the Nigerien government and its international partners.

Research has shown the added value of humanitarian assistance in protecting children during and after conflict. One can think about setting up psycho-social programmes , that help children and their families to recover from the conflict's psychological burden.

Children's well-being also profits from the creation of safe areas in which they can participate in activities, socialise, learn, and play. For instance, schools need to be protected and supported during and after conflict. If schools are closed due to attacks or threats, alternative ways of providing education to these children need to be implemented. This does not only create some normalcy in the lives of the very young, but schools might also protect children from recruitment and help their recovery once they come out of the armed groups.

Evidence also suggests that sustained attention must be given to community efforts . Communities can not only protect children but also impact the healing process . Due to the current volatile situation, however, the availability and implementation of this type of support is very limited in Niger. Unless the Nigerien authorities and international partners address how the war has targeted children, they risk creating a lost generation of children that might negatively impact the short and long-term stability of the country.

Roos van der Haer does not work for, consult, own shares in or receive funding from any company or organization that would benefit from this article, and has disclosed no relevant affiliations beyond their academic appointment.