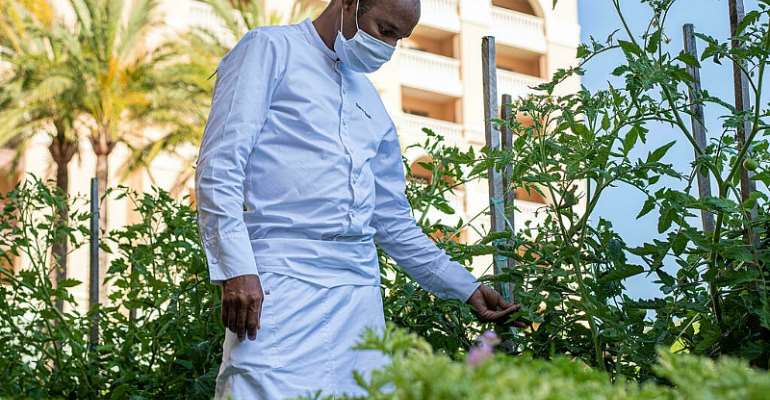 Organisers of a gala dinner for France's top chefs have apologised after Michelin-starred sensation Marcel Ravin, from Martinique, was refused entry despite having a personal invitation.

Ravin said he felt "humiliated” after being turned away from Sunday's event, which counted President Emmanuel Macron among the guests.

"Sad evening," he posted on his Facebook page. "To be invited and then end up on the pavement eating an andouillette ... And they tell me we're no different.”

The first Caribbean chef to be awarded a Michelin star, Ravin runs the Blue Bay restaurant on the luxurious Monaco waterfront.

RFI visited his restaurant in September 2020 as part of a report on urban farming that is helping to enhance the principality's reputation for gastronomy.

Ravin said being invited to the gala was a proud moment of recognition for a black Frenchman who had succeeded in the industry without being mentored by one of France's “great chefs”.

“Then they explained to me that I was not on the guest list,” he told the Monaco-Matin newspaper. “I showed my identity papers, phone calls were made but nobody wanted to know anything.”

Apology
The event was part of an international congress of restaurateurs (Sirha), whose food director, Luc Dubanchet, told AFP the incident was "an unfortunate error" that was not deliberate.

Organisers added they had not received a reply from Ravin confirming his attendance.

As controversy over the incident grew, Ravin said there was still “a long way to go” for his children and countless other young black people who are constantly overlooked.

"I hope that our profession will come together and that no chef recognised by his peers will ever be left on the doorstep again," he said.