Ejura report: Family vow to reject money from government until soldiers are punished 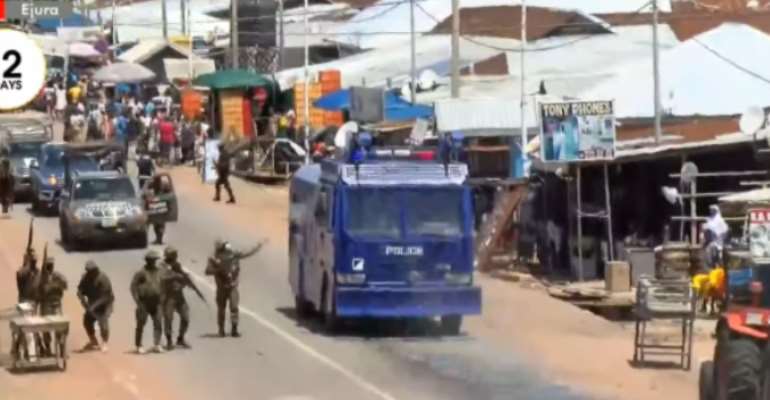 Abdullai Abubakar, the older brother of Abdul Nasir Yusif, one of the two deceased persons of the Ejura violence has said his family will reject any compensation from government until his killers are sanctioned.

In the Ejura Committee report published by the government on Monday, one of the recommendations is that the family of the two civilians who were shot dead by the military should be compensated.

Speaking to Citi FM, Abdullai Abubakar who is a family member of Abdul Nasir Yusuf says they are not interested in any money from government.

According to him, until government trial the soldiers that opened fire on his brother killing him, the family will not accept a dime in compensation.

“We have gone through the report and the report is not on our favour because you cannot come down, kill the son or brother of somebody, you give him money then you say it’s okay. That’s why the criminality of this country is continuing every day because we are living in the system of impunity,” the brother of the deceased said.

Abdullai Abubakar added, “That’s what we want to stop. Our problem is not money. That guy who died at the age of 25 years was a worker. He was a farmer. Do you know how many people he was feeding in this country? Then you kill him and you just come and say compensation. But what of those who have killed him? They will do sit down with their family, we will be sitting here with the pains of our lost brother.

“Then you will sit down and say you will compensate us. To do what? We are still calling for justice. They should bring this people out. Why are they afraid to let them face the trial? We are not going to take any money without trial.”

Meanwhile, the Ejura Committee has also recommended that government adequately compensate other persons that sustained injuries as a result of the violence in Ejura in June.

Persons named in the report to be compensated include Louis Ayikpa (20 years), Awal Misbau (16 years) and Nasif Nuhu (30 years).

13 Nigerians who engaged Police in gun battle at Weija reman...
34 minutes ago