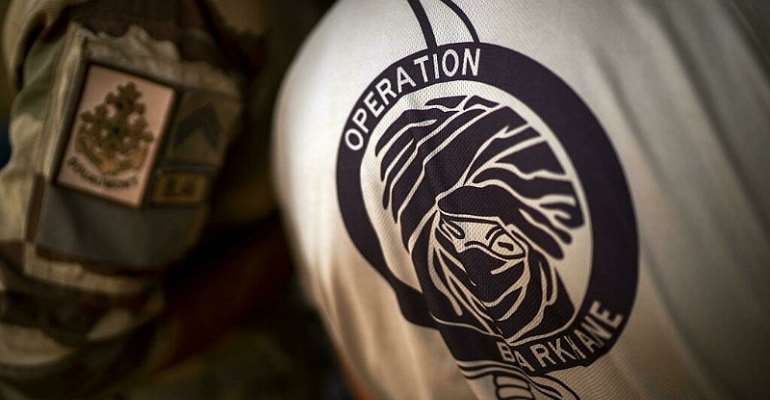 Both the French foreign ministry and armed forces have vigorously rejected accusations by Mali's interim Prime Minister Choguel Maiga that France is abandoning Mali by drawing down troops from the war-torn region.

"The transformation of our military dispositive in the Sahel is neither a departure from Mali, nor a unilateral decision," foreign ministry spokeswoman Anne-Claire Legendre said on Monday.

"And it is false to affirm the contrary," she added.

The comments came after Prime Minister Choguel Maiga accused Paris of "abandoning" the conflict-torn country “in mid-flight” with its decision to reduce troop numbers by the end of the year.

Maiga told the UN General Assembly on Saturday that he regretted the "unilateral announcement" and told RFI on Sunday he had learned about the withdrawal of the French Barkhane force via the press.

However Legendre said France's re-deployment in Mali followed "consultations with the Sahel and Mali authorities".

Paris began re-organising its forces in June this year, pulling out of its northernmost bases in Mali at Kidal, Timbuctu and Tessalit.

The new head of the French Barkhane force in the area General Laurent Michon said the pull-back from the three bases had been worked out over the past 18 months to two years.

"It was planned with the heads of state of the G5 zone" – Mauritania, Mali, Niger, Burkina Faso and Chad – in Bamako and in Niamey," Michon told reporters in Nouakchott on Monday.

"France remains committed at the side of Mali and other states of the G5 Sahel, at their request, in the fight against terrorism which remains an absolute priority," Legendre said.

Defence Minister Florence Parly has expressed anger at what Paris sees as twisting of the facts.

“France is not withdrawing, I want to set these counter-truths straight," she said on Monday. "When you have 5,000 soldiers, you pull out from three bases and you intend to leave several thousand [in place], this is not the normal attitude of a country that intends to leave."

Prime Minister Maiga's comments showed “a lot of hypocrisy, bad faith and indecency,” she said, "given they were made the day after the 52nd French soldier gave his life fighting terrorism in the Sahel”.

Election dates must be respected

France also told the United Nations General Assembly on Monday that it was “imperative” Mali stick to its timetable of holding elections on 27 February 2022.

The reminder came after Maiga confirmed to RFI that the interim government could push back the scheduled vote by “two weeks, two months, a few months” to ensure they are credible.

The prospect of modifying the election calendar is also a cause for concern in Mali itself.

“It had been clear for a while that the government wanted this postponement,” Djiguiba Keita of the Party of National Renaissance (Parena) told RFI. “Prime Minister Choguel took power by the street, he wants to keep it through trickery.”

Amadou Koita, head of the Socialist party Yeleen Kura said: “We have the skills and expertise to hold elections in five months if the political will is there […]  If the Prime Minister thinks he is unable to organise elections, then he should step down.”

As for the Economic Development and Solidarity (PDES) party of former president ATT,  what matters is not postponement in itself, but that it be made collectively.

“It's important that everyone is involved in discussing the possible postponement,” said PDES's leader Moulaye Omar Haidara.