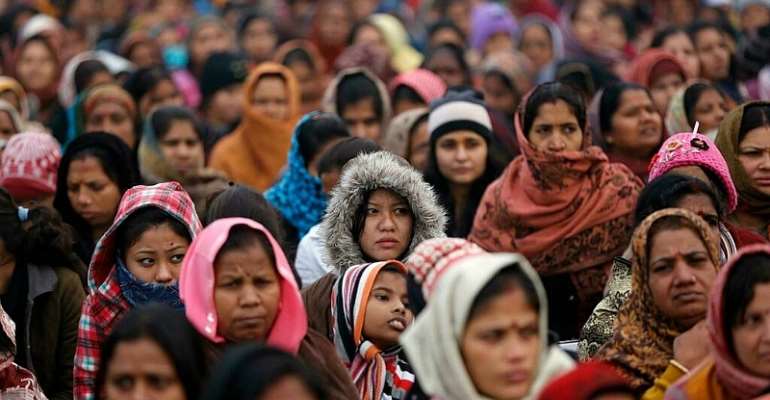 A team of 10,000 women will exclusively operate Ola Electric's mega facility in India making it the largest women-run factory in the world.

Ola, which primarily works as a cab aggregator, is setting up what it claims to be the world's largest electric two-wheeler factory in the southern Indian state of Tamil Nadu.

This is the first in a series of initiatives Ola is undertaking to create a more inclusive workforce and provide economic opportunities for women across the board.

All women factory
“We have invested significantly to train and upskill them in core manufacturing skills, and they will be responsible for the entire production of every vehicle manufactured at Ola FutureFactory,” CEO Bhavish Aggarwal said in a blog post earlier this week.

"At full capacity, Futurefactory will employ over 10,000 women, making it the world's largest women-only factory and the only all-women automotive manufacturing facility globally," he added.

The ride-hailing company, which has been aggressively promoting its upcoming consumer electric scooters, announced a US$32.6 billion investment last year to set up what it calls a FutureFactory.

“We are looking to roll out a scooter every two seconds after completing a planned expansion next year. The factory will be substantially automated and include 3,000 robots working alongside the all-female workforce,” said an official.

According to Piyush Chowdhary, an analyst from CyberMedia Research, women have been found to be more adaptable in the electric vehicles manufacturing sector, particularly when it comes to installing power electronics like sensors and motherboards in the assembly operation.

The eventual objective is to assemble a full line-up of electric vehicles including three-wheelers and cars.

Company insiders point out that around 30 to 40 per cent of the factory's produce will be reserved for exports to Europe, Asia, and Latin America and at a later date it would start production in key foreign markets.

According to a media reports, Ola Electric will also be investing $2 billion over the next five years to set up more than 100,000 charging stations across 400 cities.

What's more the scooter is also expected to offer a real time top speed of close to 90 kmph and shall get smartphone connectivity as well.

Market experts predict that the electric scooter could be priced around US$1360 (100,000 Indian Rupees) to make it an attractive option in the cluttered two-wheeler market.

There are 140 electric scooters currently on sale from various manufacturers.