'Don't confirm Sam Pyne, he is non-Akan; It's time to use Takyi stick to beat Baah' — Yamin to KMA members 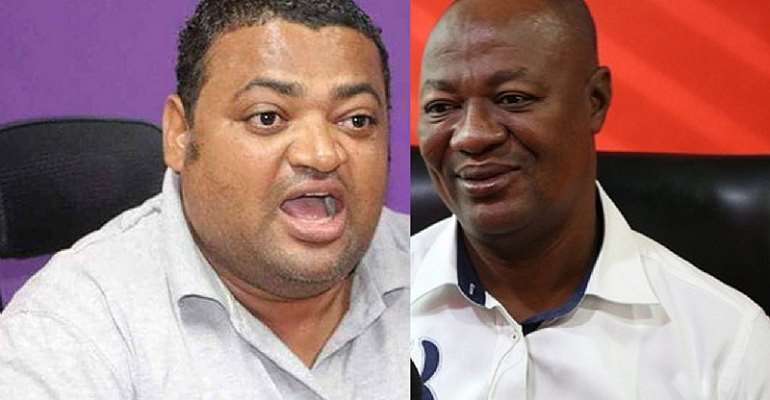 A leading member of the Ashanti Regional branch of the National Democratic Congress (NDC), Joseph Yamin has asked Assemblymembers of the Kumasi Metropolitan Assembly to reject the President’s nominee Sam Pyne as Mayor of Kumasi.

Mr. Yamin says Mr. Pyne does not belong to any of the Akan tribes for which reason he is not qualified to be Mayor of Kumasi.

According to him, rejecting Mr Pyne who is from Western Region is in line with NPP's long-held tradition that only Ashantis should be appointed as Chief Executive Officers of KMA.

Mr. Yamin explained that in 2009, some members of the NDC including himself lost the opportunity to become the Chief Executive of KMA and some other districts in the Ashanti region for the same reason.

The reason, he stated, was that some members of the then opposition NPP insisted that only persons who are Ashantis be appointed to head the KMA.

“I only want to draw the attention of Ghanaians that the NPP may have forgotten the position they took in 2009 that if you are not an Ashanti, the Assembly Members should vote against you. And my brother Sam Pyne is not an Ashanti, unless someone tells me something contrary.

“They went to the extent that Assembly Members who are NPP went on radio to issue threats that if a non- Ashanti is nominated, they will vote against him, so the point now is that Sam Pyne is not an Ashanti, he’s from the Western Region, so they should vote against him,” he explained to Mark-Jerry on Neat Fm Tuesday morning.

Mr. Yamin in his attempt to quoting an Akan proverb said “the stick that is used to beat Takyi will be used to beat Baah too,” challenging the Assemblymembers to equally reject Mr. Pyne by voting NO.

This he maintained will show how they care and love Asanteman.

“Why should this position change today, or is it that when it is NDC strict laws should be applied and when it comes to the NPP any qualified member can be appointed and not necessarily an Ashanti?

"…What I am saying is that for all the competent Ashantis to be by-passed and a non-Ashanti nominated, the Assembly Members should vote against him or they should let us all know if the laws have changed in the Ashanti political orientation,” he stressed.

Even though Mr. Yamin became a Deputy Ashanti Regional Minister during the NDC era, he insists that some people fought him throughout his eight-month stay in office.