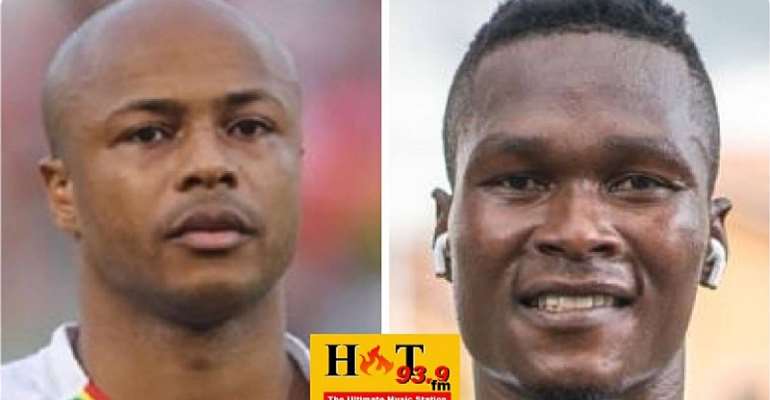 Professional Ghanaian Physical trainer, Totti Laryea has stated emphatically that the Captain of the Ghana Black Stars Dede Ayew is not fit enough to play for the team this season.

The Black Stars will take on the Warriors of Zimbabwe on Saturday, October 12 at the Cape Coast stadium on matchday three of the qualifiers before travelling to Harare three days later for the reverse fixture.

The former Captain of the Satellites team that won Ghana and Africa's first World Cup at the Under-20 level has so far scored for the third successive game as Al Sadd SC continued their flawless start to the 2021/22 Qatar Stars League on Sunday.

Reacting to the 32-Man provisional squad in an interview on Radio Universe, Totti Laryea stated emphatically that Dede Ayew is not fit to play for the Black Stars.

According to the CEO of Train Like a Pro Gh, the captain of the Black Stars lacks the requisite stamina needed to play for the team.

"Dede Ayew is not fit...he needs a special physical trainer to help him gain his stamina...he is the Captain so he must work extra hard ...when Stephen Appiah was the Captain, he worked extra hard," Totti Laryea noted.

He continued, "It's a wrong move to go and play in Asia...training in Asia as a footballer is not effective like being in Europe ...Even the training in Mexico is very effective than Asia."