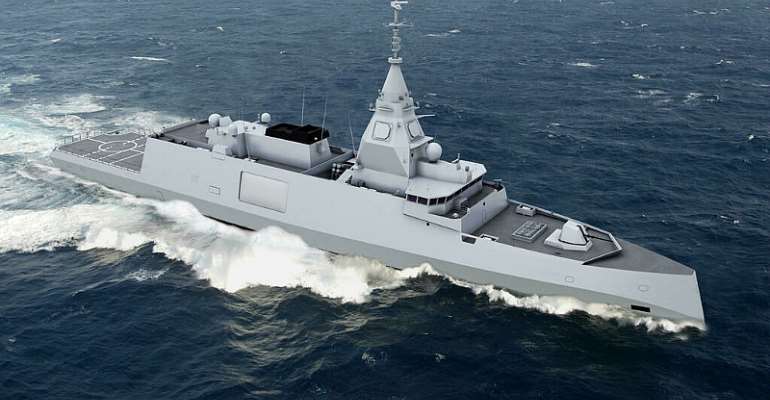 Greece has agreed to buy three new frigates from France, part of an agreement that France says is a step towards European military autonomy. The deal also helps ease the pain of France's loss of a big submarine contract with Australia.

Macron has long insisted that Europe needs to develop its own defence capabilities and not be so reliant on the United States.

Mitsotakis has backed Macron's call for a European army, and said the new pact exceeds both countries' respective commitments as members of the European Union and NATO.

Under the agreement, Greece has agreed to acquire three new Belharra frigates from France, with an option to buy one more.

Earlier this month Greece announced it would purchase six French Rafale warplanes, in addition to the six new and 12 used planes it agreed to buy in January, making it the first EU country to buy the warplane.

The purchases are part of Greece's programme to modernise its armed forces, in the face of Turkish challenges in the eastern Mediterranean.

“I have no intention to enter an arms race with Turkey,” Mitsotakis said in an interview Monday. “But there are key issues of modernising our military after a decade of [economic] crisis."

France is among the few EU states that has offered public support to Greece in past months.

French media reported the new frigate deal could worth be as much as 5 billion euros, which would start to compensate for the loss of a multi-billion euro deal to sell submarines to Australia, which chose to acquire nuclear-powered submarines from the US, instead.

Mitsotakis said the deal with France would not affect a possible defence cooperation with the US.

Macron also vowed that the US-Australia pact would not impact France's strategy for the Indo-Pacific region against China's increasing military power.

"We have one million fellow citizens who live in this region, and over 8,000 soldiers deployed there," Macron said, referring to France's presence in several overseas territories in the region.

Though he said that "Europeans must stop being naive" in the face of geopolitical competition, confirming that France's ambassador to Washington would return Wednesday, after being recalled last week during the submarine crisis.