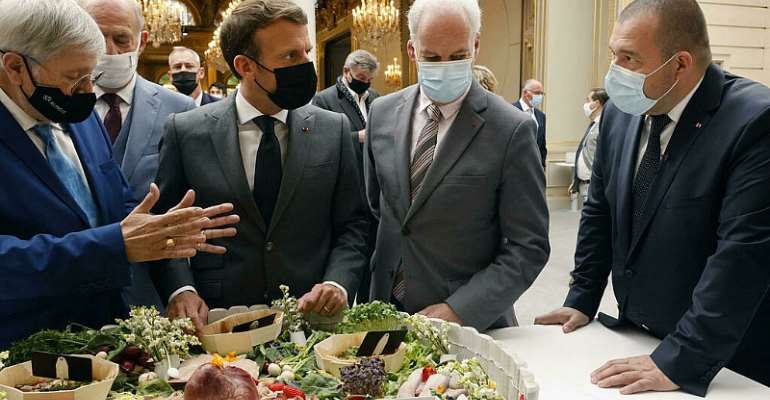 French President Emmanuel Macron spiced up his bid for re-election by announcing the creation of a centre of excellence dedicated to French gastronomic cooking.

Unveiling the project on Sunday during a trip to Lyon, Macron said its purpose would be to defend and promote the various culinary professions and to prepare participants for international competitions.

He compared the centre of excellence to the football training centres of Clairefontaine, in Yvelines, and rugby centre Marcoussis, in Essonne, where national teams meet before major competitions.

Cooking a sport?
The training centre would be aimed at all culinary crafts, Macron said, allowing professionals to "train to achieve excellence, train for major competitions and prepare the athletes that you are to win in the name of the colours of France".

Speaking in front of 200 guests at an annual meeting of France's most renowned cooks and pastry chefs, Macron also hinted the establishment could be set up in Lyon, which he described as "the epicentre of excellence".

The centre itself is the brainchild of former Elysée Palace chef Guillaume Gomez, 43, who was named Macron's “personal representative in the service of French gastronomy” in February.

The French hospitality industry has been hit by a shortage of workers since cafés and restaurants reopened after many months of protracted lockdown.

“You have continued to innovate … do not lose this spirit to win,” Macron told his audience.

“Gastronomy is at the heart of the art of being French.”