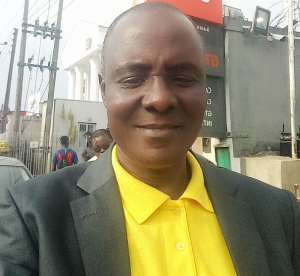 There is no doubt that members of Nigeria’s National Assembly have grown too big for their boots and it is time the Nigerian people are massively fed with the liberating enlightenment that they possess the powers to cut them to size. Yes, the lawmakers need to be served an urgent reminder that they are in that Legislative House because the people have so far chosen to tolerate their deficient representation and can wake up one morning, decide that they have had enough of their abject lack of patriotism, suffocating arrogance and insensitivity and ask them to pack their loads and return home.

Their recent decision to brazenly sabotage the yearning of Nigerians for a more transparent and credible electoral process by voting against electronic transmission of results only served to open the eyes of many Nigerians to the extent these lawmakers have convinced themselves that they have become untouchable emperors who can ride roughshod on the citizenry and abort their most cherished aspirations without the minutest fear of any consequence.

Free and fair elections have been denied Nigerians for years. From the polling points to the collation centres, lots of distortions take place. Nigerians have been yearning for their electoral process be fully computerised, climaxing in the electronic transmission of the results of the votes counted in front of party representatives and independent observers, and then transmitted to the server of the Independent National Electoral Commission (INEC). Nigerians can’t wait to see the end of multiple and underage voting and diverse electoral malpractices. In fact, the expectation is that any Nigerian with access to the internet anywhere in the world can long onto the INEC website and monitor the progress of the elections.

At the very few places where internet reception might be weak, the electoral officers can still post the results and move together to a place where the internet is stronger and their post will just fly onto the INEC server!

But by their very insensitive and odious rejection of this transparent and reliable process, the lawmakers have now shed every pretense that they are at the Legislative Chambers to advance the cause of the Nigerian people. In fact, they have decided to rudely flaunt it on everyone’s face that they are there to simply pursue their selfish interests and there’s just nothing anybody can do about it. And so, with the fear of any threat to their high-paying offices totally erased, they have recklessly deployed their legislative powers to further corrupt the country’s electoral system in order to callously ensure that no matter the choice of the electorate at the polling centres, the incestuous camp of “winners” will always bristle with crude and criminal characters whose only hope of emerging victorious in every election is their willingness and ability to indulge in electoral fraud and violence.

What this calls the attention of well-meaning Nigerians to now is that the people have allowed political office holders to unduly exaggerate and rudely misuse their powers. There is therefore an urgent need to mount at every corner of this country where patriotic citizens are found an overwhelming enlightenment about how the masses can easily kick them out of office instead of continuing to endure the long and painful wait for the next elections, whose free and fair conduct cannot even be guaranteed, given their egregious preference for a crude, outdated and easily manipulatable process.

The media and Civil Society Organisations (NSO) should, therefore, urgently collaborate to cause every Nigerian to know very clearly that by just volunteering his or her signature, the seemingly powerful senator or representative could just lose his or her job. When this awareness is made to sink deep both in the masses and the political office holders themselves, they would begin to pause and weigh their options before casting their votes for any obnoxious piece of legislation presented on the floor of the House. And as long as this succeeds in humbling political office holders and causing them to realize that they are not some medieval overlords commissioned to oppress Nigerians and perpetually mortgage their lofty aspirations for their country, any fear about any abuse of this constitutional provision to recall lawmakers is premature or even needless.

Now, think about this: almost every Nigerian out there today is waiting with bated breath for 2023 and hoping that the current regime which has supervised over so much depreciation, lack, pain, sorrow, suffering and division would quietly exit because in Nigeria, it is almost abominable for anyone to even imagine the impeachment of a president. It is like the heavens will fall at the mere thought of it. This mindset must change if the country must make progress. The people can demand this from their lawmakers, and if they refuse, the process of their recall will be kick-started. The same thing should be replicated in the states. Lawmakers should seek only welfare of the citizenry and there should be consequences if they fail to do so.

This will also now make them readily accessible to their constituents as is the case in more stable democracies. People should be able to go to their representatives and present them with a catalogue of demands they expect them to table at the House on their behalf. And they would readily do this because they know that they are there by the permission of the people. No lawmaker, therefore, will go to the Legislative Chamber to advertise abject lack of patriotism and irresponsibility, knowing full well that that is enough to earn him or her instant recall.

It is sad and scandalous that the ruling All Progressive Congress (APC) which has administered nothing but sorrows and hardships on Nigerians is scared stiff of a transparent electoral process that might automatically demobilize its rigging machines. That is why it used its majority at the National Assembly to kill the possibility of transmitting results electronically. In the recently passed Electoral Act Amendment Bill 2021, the APC lawmakers succeeded in disempowering the INEC and conferred on the National Assembly (where the APC has overwhelming majority) the power to collude with the National Communication Commission, NCC, (an agency of the APC-controlled Federal Government) to determine whether election results should be transmitted electronically. Yet all these people regularly and easily transfer money to their relatives in very remote villages and equally speak to them on the phone. It is only when it concerns elections that they suddenly realise that there is no network in very many communities in Nigeria? How far are these fellows willing to go to leave Nigeria stuck in the distant, primitive past just because of their phobia for a transparent electoral process?

Well, there is no use sitting at one place and whining over a matter that can easily be solved. The people have so far allowed their constitutionally guaranteed power to recall unpatriotic lawmakers to remain latent. They should now rise and underline their resolve to use it for the good and progress of the country. Lawmakers should be made to know in very plain language that the people have had enough of their waywardness and retrogressive actions and will no longer tolerate any of them that advocates the perpetuation of crude and outdated systems which lack the capacity to keep the fraudulent activities of political crooks in check.

*Ugochukwu Ejinkeonye's book, “Nigeria: Why Looting May Not Stop” is on sale on Amazon.com ([email protected])