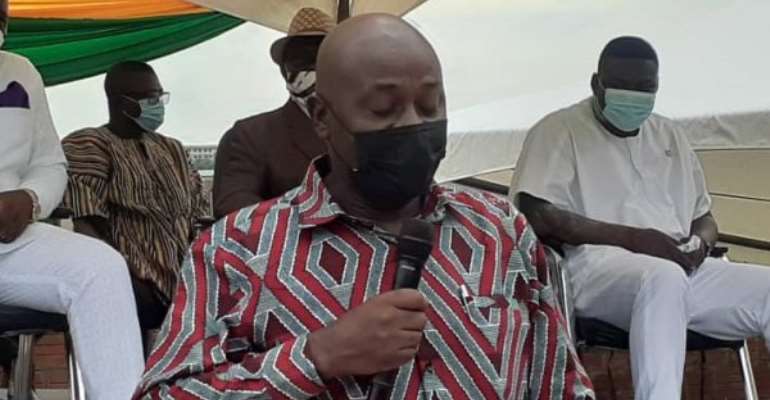 All the 30 Assembly members present voted Yes to endorse the nominee for the second time as DCE.

He was sworn in immediately by the Eastern Regional Minister, Mr Seth Acheampong, who urged him to perform creditably to the admiration of all.

Mr Daniel Kenneth in his acceptance speech paid a tribute to Mr Dan Botwe, the Local Government Minister and MP for Okere for his mentorship and support to his political career.

He pledged to continue with the good works that had started in line with the vision of the President for the benefit of all.

Mr Dan Botwe, was happy that Okere was the first to endorse the DCE nominee for the region and hoped that all the others would emulate the gesture.

He stressed the need for assembly members to perform their roles effectively to ensure the assemblies functioned accordingly.

‘You can’t beat NDC in spreading lies, falsehood and propaga...
9 minutes ago

A/R: Am your Messi, kick me out from NPP and you'll suffer l...
9 minutes ago