How Do We Worship God? 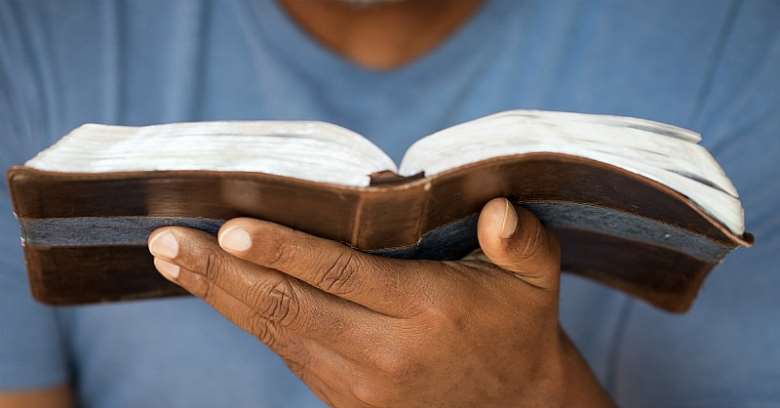 I just want somebody to tell me at what exact end point the worship of God occurs. Does it occur through praying or preying or praises or kneeling or kissing or keeling or fasting standing or crawling or shouting or paying money to pastors or speaking in tongues or hitting one’s head against a wall or believing in myths or maintaining faith in something or crawling on one’s belly or burning livestock or circling stones.....?

Exactly when does the worship of God occur?

In Ezekiel 20:25, the Good Book states clearly and succinctly the intent and purpose of God:

“I gave them over to worthless decrees and regulations that would not lead to life.”

This statement appears to be the truth because some of the laws of God as set out in His holy Bible do not make sense. The laws in the Bible are 613. Most of them do not even make sense, especially those concerning the burnt sacrifices. At the time all these good meats were being wasted on the altar of God, the Israelites were actually complaining that they did not have meat to eat. So imagine how tempting the aroma of all these meats being offered for sacrifices will be as they invaded their nostrils and inhabited their brain fiber! And when they complained too much, God served them with poisonous quails and slaughtered them in thousands. See….. Nobody knows when God is playing his tricks on the minds of humanity, setting forth worthless decrees and regulations that will lead to the death of his worshippers.

Was God giving them bad laws that would lead them to their deaths? I don’t know. Indeed, Nobody knows when God is playing his tricks on the minds of humanity, setting forth his worthless decrees and evil regulations that will lead to the death of humanity.

Exactly when does the worship of God occur??? Nobody knows Brothers and Sisters!

What is more, God himself doesn’t know what he wants from humans. He appears to revel in wanton mischief and senseless acts. Other wise who first allowed the Israelites to go into slavery. And if it is God, the why should he be praise for liberating them? And who created ll these sick people who Jesus healed. And if it is just so that he can show his power just as Jesus said, then what is the big deal? It is like he is always staring up problems for humanity so that hwe can stroke his ego! What is that? Typic

And what does he want? Is it the killing and burning of animals or the offering of money to these pastors or the building of churches and monuments or the simple act of meditation or the genuflection to a so-called man of God or the proselytization of his so-called words to convert other or the shouting that somebody is God r the declaration that somebody is Lord?

Nobody knows how to worship God; and so everything goes!

There were many instances in the holy books where the so-called prophets gave contradictory edicts to baffle the followers. The record also reflects that they even gave laws or relaxed rules when they were caught in their own mesh. Moses abolished intermarriages between the Israelites and the other nations only to be trapped in the love of an Ethiopian (Cushite) woman, and when he was questioned about that, he merely insulted Aaron and Miriam and cast leprosy on Miriam. She was then silenced until her death. (See….)

Long before that Moses had given contradictory instruction to Aaron concerning the meat sacrificed as sin offering. In one instance, hr instructed the meat to be cast away, and in another instance, he instructed Aaron to consume the meat. Aaron refused and reminded Moses of his prior order whereupon Moses reversed himself. (See……)

Still on the matter of the worship of God, the methods are pretty divided into over 30,000 Christian denominations, not to mention the schcism of other religious bodies. Each of these claim to be the one true path to the worship of God. Each of them with its own sacrament, rituals, sacrifices and money making methods. Now you are within one prescribed geoup if you don’t worship any God. And therefore the probabilities that you are right works in your favor.

But how dare you state that there is no God! All the thirty thousand confused denominations which claim to worship God will gang up on you and murder you. Thereafter, they can then go ahead and attack each others as infidels. Ignoramuses who have no clue about how to wprship God.

But that is not so bad as in the ancient times. At least unlike the ancient times, the church is not dragging me to the stakes to burn me, and it cannot torture me or press me with stones or poison me or hang me or crucify me or declare me as demon possessed or a son of the devil.......

So I recognize that the church is less evil.

The church cannot exorcize me or silence me or excommunicate me or stone me or intimidate me or curse me or draw and quarter me as in the times of old.

And therefore the church has become less evil. The church cannot perform any one of its numerous horrors for which it was well-known in times past......

In those ancient days, the princes of the church satisfied the commands of their God through genocide, homicide, matricide, fratricide, suicide and regicide. And the method to worship God was not discussed freely over a cup of tea. It was a matter of life and death!

Today, the talons of the church have been declawed, and its raging anger is bottled up in hollow perorations and shrieking declarations.

But the burden of the worship of God is voluntarily carried by the many. And yet nobody knows exactly how to please God. Or whether he can ever be pleased. In fact he sates in …….that our righteousness is like rags before him. If so, then why bother at all? Why carry the burden of he worship of God where you will be killed by him?

Remember the poor guy that tried to save the Ark of the Covenat from falling? Read……………….He was struck dead for disobedience. Think about that and stop trying to worship God. Nobody knows how! And so give it up and leave it alone.

E-Levy: Gov’t determined to behave like a vampire to suck th...
36 minutes ago

Gov’t will hide behind IMF discussions to force more hardshi...
36 minutes ago