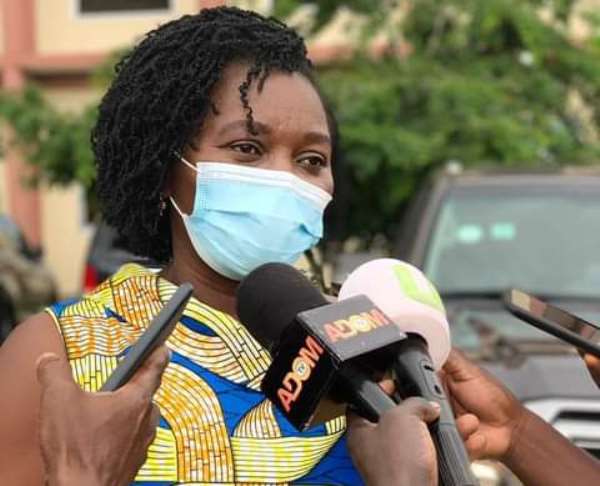 Central Regional Minister, Hon. Mrs. Justina Marigold Assan has cautioned Metropolitan Municipal and District Chief Executives against what she described as a 'One Man Show.'

She said they must consult all stakeholders in their operational areas as they strive to improve infrastructure development.

The Regional Minister expressed concern about projects being left out to rot due to lack of proper consultation.

"Am encouraging all the President's nominees for Metropolitan, Municipal and District Assemblies if given the nod to engage stakeholder consultations before putting up structures meant to improve the lives of the people.

"There should be proper engagement with relevant stakeholders in the Metropolitan Municipal or District Assembly including Nananom, Government Departments and Agencies to seek their ideas to facilitate infrastructure development.

"Gone were the days where the Assemblies decide where to put up projects for the people at any place without the consent of beneficiary Communities.

"You should relate well with the people within the Assembly after all you are there to serve their interest so there should be a collaborative effort between the Assembly and the various stakeholders with opened door administration couple with honestly and fairness," she stated.

All the 25 Assembly Members present voted to confirm him as the Municipal Chief Executive.

While thanking the Assembly Members for the victory, the Regional Minister also urged them to rally behind the MCE to succeed in his administration.

She stressed the need for unity and cooperation between Assembly Members and the MMDCEs to ensure that the people get their fair share of the national cake.

"I want to caution MMDCEs to desist from pride and selfishness but rather strive to discharge your duties in line with government's programmes and policies.

"His Excellency President Akufo Addo led NPP Government has a set target for the total development of the country. So as representative of the President, you are tasked with the responsibility of implementing his vision and mission in your Assemblies.

"I expect nothing but good results to break the Eight. Let acknowledge the contribution of Assembly Members, Heads of Department and other stakeholders in the Central Region for the various roles they actively play working hand in hand with the MMDCEs.

"I encourage all Assembly Members in the Region to emulate their colleagues in the Effutu Municipal Assembly by giving President's nominees 100% Yes votes. Gomoa West has also done so by confirming Hon. Bismark Baise Nkum.

"So far so good let us make history by confirming all the 22 nominees in the Region," she emphasised.

Alhaji Kasim Zubairu expressed his gratitude to President Akufo-Addo for his nomination assuring that he would not disappoint in discharging his official duties.

The outgoing MCE for Effutu, Hon. J. B Ninsin pledged his support to Alhaji Kasim Zubairu and promise to offer him any assistance needed.

"We are going to work together to improve the quality of lives of the people in Effutu. My doors are opened, you can count on me anytime and any day.

"I wished to thanks His Excellency Nana Addo Dankwa Akufo Addo led NPP government for giving me the opportunity to serve as Municipal Chief Executive.

"Similarly to the Central Regional Chairman of the NPP Mr Robert Kutin Jnr and his Regional Executives for their support and finally to the Assembly Members, Security agencies as well as Assembly staff for the support," he emphasised.

I'm sorry, was running away from a prophecy that I'll be sho...
4 minutes ago