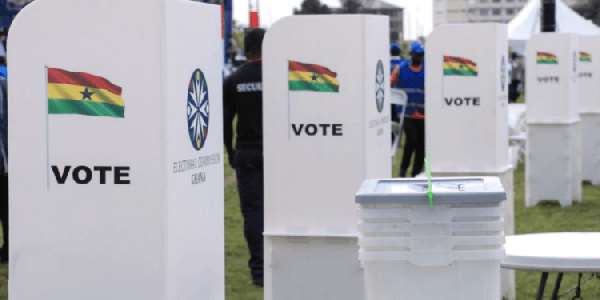 The Progressive Peoples’ Party (PPP) has reiterated the need for Ghana to amend some portions of her 1992 constitution to allow Ghanaians with dual citizenship content Parliamentary and Presidential elections in the country.

A Cape Coast High Court presided over by Justice Kwasi Boakye declared the 2020 parliamentary election held in the Assin North Constituency as null and void on Wednesday, July 28, 2021.

He ordered for fresh parliamentary election in the Assin North constituency after the court finds the NDC MP Joe Gyaakye Quayson breached the provisions of the constitution with regard to dual citizenship.

Also, An Accra Fast Track High Court on Friday sentenced Adamu Daramani Sakande, the Member of Parliament (MP) for Bawku Central, who was being held over his dual citizenship to two years imprisonment in July 2012.

His conviction was after the court presided over by Mr Justice Charles Quist had found him guilty and sentenced him to two years imprisonment each on charges of false declaration of office or voting, perjury and deceiving a public officer.

This, the Director of Communications of the PPP, Mr Felix Mantey said the law preventing Ghanaians with dual citizenship from putting themselves up for elections is a blot on the Nation’s democratic principles.

“Why do we collect their remittances and not say those monies are also dual citizenship and cannot be used here but when it comes to elections, we refuse them the opportunity on same basis," he stated.

He noted that the constitution only give opportunities for a few people at the top whiles the masses suffer at the bottom.

According to him, the dividends of democracy are known to be huge across the world however same cannot be said about Ghana.

Unemployment, poor security challenges among others according to him, have ripped the nation of the benefits of democracy.

“A few people in the elite community and some few politically opportune people rather benefit hugely at the expense of the masses. Therefore we see the Ghanaian constitution as giving opportunities for a few people, those who can conquer.

"A majority of the Ghanaian masses are in poor and unemployed states. Because of this, before we go for the 2024 general election, there is an urgent need for amendment of certain aspects of the constitution so that Ghana can attain the best out of democracy,” he noted.

Mr. Mantey speaking to newsmen in Accra on Monday mentioned the five areas his party is calling for the amendment.

He said the portion where Ministers must be appointed from Members of Parliament should be amended arguing that “MP’s job is not the same as a Minister’s job.

He added that Metropolitan, Municipal and District Chief Executives must be voted for, by their own people in every jurisdiction pointing that by that, power will be placed in the hands of the local people.

Mr. Mantey noted that properties of all public officials should be published "so that the citizenry will know that those officials have not indulged in any corrupt practices by the time they would be leaving office."

He calls for the establishment of an independent prosecutor. The Office of the Minister for Justice he stated, should be separated from the Attorney-General to enhance the independence of the State Prosecutor.

Latest Photo Reports
Catch up with all the political quotes from our politicians.
Advertise here
More Headlines
ModernGhana Links
We Will Not Allow Anyone To Cheat Us In 2024 Elections — Mahama
Assemblies of God supports anti-LGBTQI+ Bill in a memo to Parliament
31.2km Assin Praso Assin Fosu road to be completed in November 2023
Your head should be properly examined if you think we'll sit down to be brutalised, murdered in 2024 elections again – Elvis Afriyie-Ankrah
Cape Coast Airport will be constructed at all cost - Akufo-Addo
‘We won but soldiers forced EC to declare results in NPP’s favour’ – Mahama
Komenda factory: "Mahama constructed the roof before building the foundation" - Akufo-Addo
Akufo-Addo commissions Engineering Workshops at Cape Coast Technical University
Komenda Sugar factory to be operational in 2022 — Akufo-Addo assures
TOP STORIES