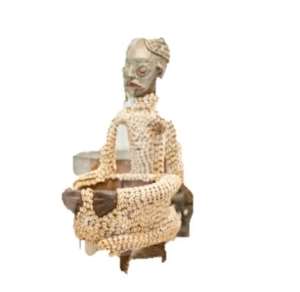 We reproduce here below a press release from Postkolonial Berlin protesting against the opening of the Humboldt Forum, Berlin, on 21September, 2021 with displays of looted colonial artefacts without resolving the issue of restitution. The German authorities had promised, after protests and the resignation of Benedicte Savoy from the Experts Committee of the Humboldt Forum that artefacts will only be shown in the new €800m museum with the consent of the Asian and African owners. That seems to have been forgotten now. Humboldt Forum may have an unrevealed understanding with some owners, but the public is not aware of this. True the Germans have promised to restitute the Benin artefacts, but they are silent on the other African, Asian, South American, and Australasia.

What does this display of looted/stolen artefacts without the consent of the owners imply? Is this an arrogant display of the power of the illegal holders to the robbed States and those claiming restitution that they do not care for all the protests of the past? Or is this an indication that even when the illegal holders agree to restitution, they will determine when to send them back?

Concerning the Benin artefacts that the Germans have agreed to restitute in 2022, it becomes clear that those objects that are now on display are not going back soon to Benin, Nigeria. The exhibition has not been set up only for the duration of few months. The wish that restitutions start in 2022 and completed in 2022 will thus certainly not be fulfilled. Is there a silent understanding between Nigerians and Germans? The one not in a hurry to return the stolen artefacts and the other not in a hurry to receive them because preparations for the reception and safety of the objects are not ready? Only time will tell. But if the remark of Herrmann Parzinger at the opening of the Humboldt Forum concenrning provenence research is anything to go by, then Germans are establishing grounds for possible delays in restitution.

What prompts holders of looted/stolen objects to display so often those objects and thereby raise the issue of their legitimacy? Should they not be the first persons to seek to resolve such an issue by resolving the contestation through restituting the objects?

The charm offensive towards Africans these days will not have the desired effect so long as the looted African artefacts have not been returned to Africa. This must have become dramatically obvious to the German establishment at the opening of the Humboldt Forum on 21 September when Chimamanda Ngozi Adichie, invited guest speaker, delivered her powerful statement. Ngozi clearly requested the Germans and other Europeans to face up to their cruel, violent colonial history and not only narrate their good deeds. She referred to the genocide of the Herero and Nama. The impressive Nigerian writer asked the German establishment to listen also to those who were outside the hall of the assembled elite. Those outside were the crowds of Africans and Germans who were protesting and asking for the return of looted artefacts such as the Ngonnso stool from Nso, Cameroon, now in the Humboldt Forum.

Chimamanda Ngozi Adichie must have been invited on the strong recommendation of Neil MacGregor, former Director of the British Museum, and a Founding Director of the Humboldt Forum, who was present at the opening. MacGregor had been impressed by Ngozi Adichie’s Ted speech, The danger of a single story, in which she criticized the approach of the one-sided story. This time, she demonstrated that the Europeans were guilty of a one-sided story on their colonization. The Nigerian writer also suggested, to applause from the audience, that the British Museum may perhaps consider following the example of the Germans in agreeing to restitution of the Benin artefacts.

On the occasion of today's partial opening of the ethnological collections, the initiative Berlin Postkolonial criticises the Humboldt Forum for exhibiting cultural treasures from regions of the world where colonial foreign rule made their appropriation possible in the first place. In 2015, during the topping-out ceremony for the restored Prussian Palace, the Minister of State for Culture, Monika Grütters (CDU), announced on camera that objects would actually only be displayed there if the societies of origin had agreed. After six years without any significant effort to obtain property restitution and such declarations of consent, her current press release now only vaguely states that she expects the Humboldt Forum to "also set standards for sensitive handling of collection items from colonial contexts."

Berlin Postkolonial strongly protests against this explicit departure from the only acceptable way of dealing with cultural treasures that have been appropriated by force. The civil society initiative, in which descendants of colonised and colonising people have been working together since 2007 for the repatriation of stolen objects and ancestors/human remains, is calling on the Humboldt Forum to finally agree to property restitution on a broad scale. Only official loans from the societies of origin should be presented in the palace of the Prussian colonial rulers, if at all.

Mnyaka Sururu Mboro, Tanzanian spokesperson for Berlin Postkolonial, says: "It is frustrating to know our stolen cultural treasures are in Germany and other countries of the West. But it is an outrageous provocation and humiliation that they are now being exhibited in the reconstructed palace of the Prussian kings without our consent. After all, their family is directly responsible for their theft for Berlin's royal collections! We will therefore demonstrate again tomorrow against the Colonial Palace in the centre of Berlin."